This morning, European and Asian shares joined yesterday’s US selloff—the deepest in eight months, amid escalation of US-China trade tensions. Expectations of lower corporate earnings from heightened trade tariff pressures, compounded by tightening monetary policy, is driving the rout and pushing futures on the , and lower as well. The slipped alongside Treasury yields, against a strengthening . 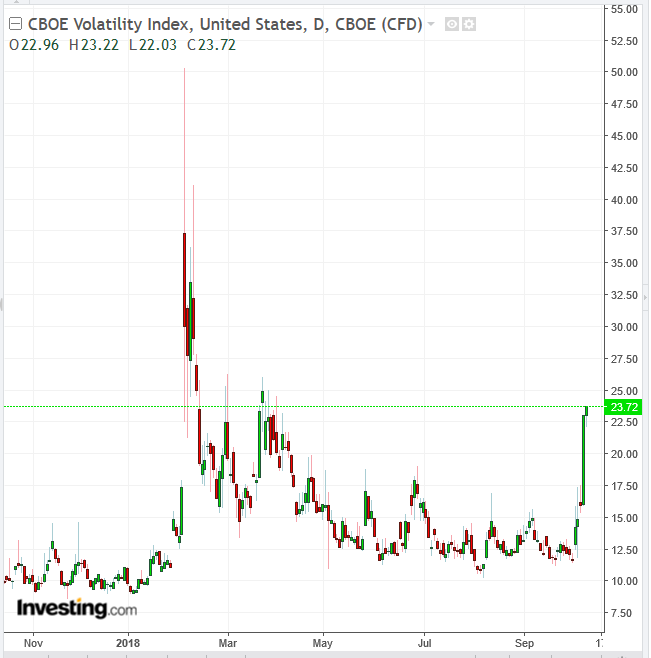 The volatility index is extending yesterday’s huge 43.95 percent jump. At near 24, the so-called ‘fear gauge’, which tracks options trading on the , is set to close at its highest level since late March. 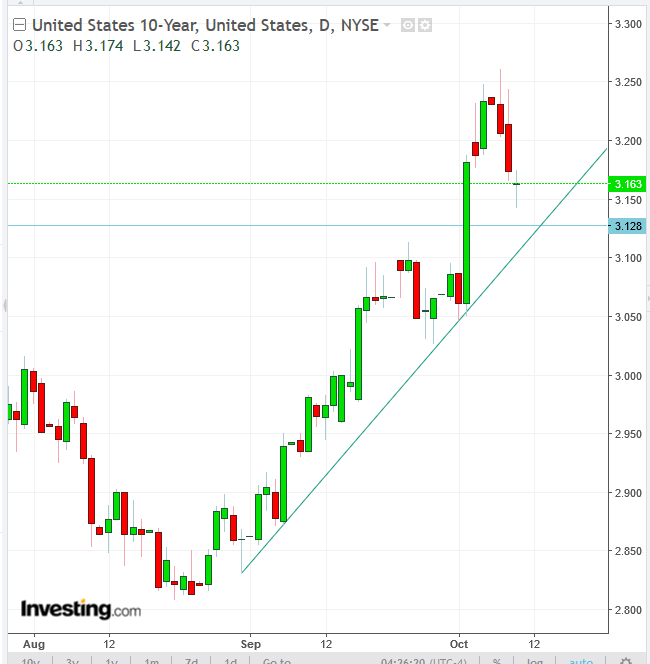 US Treasurys, which helped trigger the equity slide when the yield on bonds hit the highest level since 2011, extended the gains posted on Wednesday, pushing yields lower for a fourth day. Technically, the yield decline is a correction, which should find support above 3.100 percent, the September peak and the uptrend line since early September, within an uptrend. Should yields resume their climb in the current trend, stocks are likely to continue selling off. 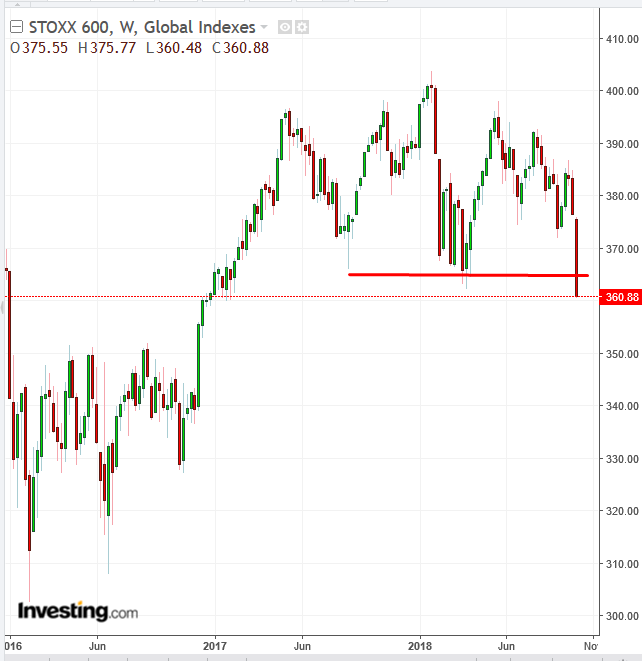 The dropped 1.77 percent to a 20-month low. The pan-European benchmark entered correction territory, after it gave up as much as 10.5 percent since its January peak. Technically, it may be topping out. The slid 1.37 percent as of this writing, hitting a six-month low and posting a drop of more than 11 percent since its May all-time high.

During the earlier Asian session, China’s tumbled 5.22 percent, closing at a four-year low. Taiwan’s technology-heavy posted yet steeper losses, plummeting more than 6 percent and faring as the region’s worst performer.

During yesterday’s US session, equities took their biggest hit since February, on resurfacing interest rates fears and mounting trade risk for technology and industrials stocks.

The S&P 500 retreated 3.29 percent, for a fifth straight loss—the longest slide since Donald Trump’s election victory. Computer companies led the decline, though all of the SPX’s 11 sectors closed in the red. Shares of (-0.55 percent) outperformed, while the other ‘best performing’ sectors lost at least 1 percent. (-4.85 percent) and (-3.95 percent) took the brunt of the selloff, as companies in these two sectors rely heavily on China as a manufacturing base. also dropped 3.22 percent.

The tech-heavy underperformed, plunging over 4 percent—the most in 7 years.

The same driver that pushed investors to prop up equity prices—corporate earnings results—is now prompting them to shed their stock allocations, on growing signs that firms will not be able to provide their shareholders with the growth they have come to expect. This bleak outlook is motivated by trade tensions, relative valuation and particularly soft guidance. Adding to that, surging bond yields hike the cost of borrowing. 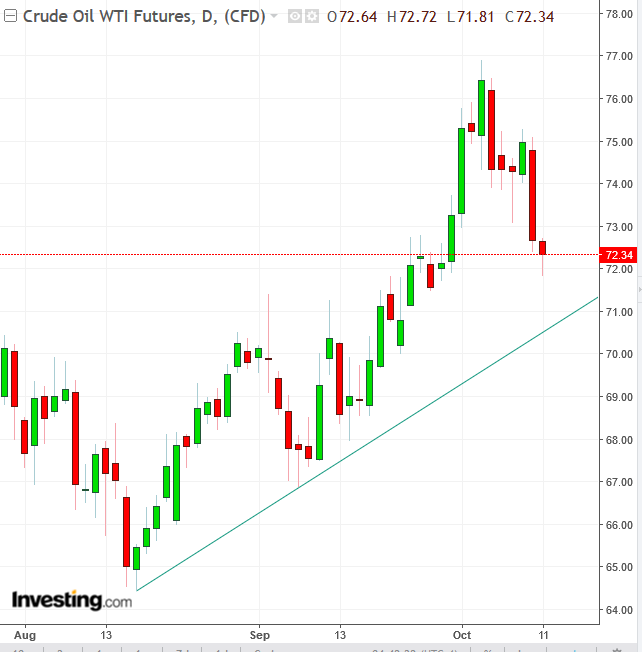 fell back below $73 a barrel yesterday and headed beneath $72 this morning as Hurricane Michael threatened to slash fuel demand across the US southeast. Technically, the weaker dollar boosted the price of oil, which bounced off the day’s low, forming a hammer, bullish upon a close, particularly having neared the uptrend line since mid-August.