With Q1 2020 earnings season almost over, it’s clear that, with the COVID-19 pandemic continuing to raise havoc on the global economy, executives at some of the largest U.S. companies are unable to predict how future earnings will play out.

Even when there’s any guidance from a bold executive, it indicates a painful path to recovery—something other than the V-shaped snap-back so many investors are pinning their hopes on. Research by the Federal Reserve this month, undertaken to understand the impact of the virus-induced fallout on earnings, found that companies are more wary of the future than they were at the time of 2008 Financial Crisis.

Some 42% of American non-financial public companies are discussing slashing investments, 27% are talking about the size of, and their ability to make, equity payouts and 17% are focused on drawing down their credit lines, conclude economists Andrew Y. Chen and Jie Yang. At the peak of the last recession the figures were 25%, 11% and 7%, respectively.

“The dramatic increase in the share of firms taking these actions indicates that financing concerns amid the Covid-19 outbreak are even more severe than they were in 2008,” they wrote.

First-quarter results from America’s major technology firms showed there is considerable uncertainty in the system for them to provide a clear picture about the future growth and profitability.

Online e-tail giant Amazon (NASDAQ:), despite having seen in the number of items sold on its network jump the most in eight years, is facing cost escalations as it delivers goods amid lockdowns, while trying to keep its thousands of workers virus free.

During the earnings call after its April 23rd report, the company cautioned it could lose $1.5 billion in the current quarter. “If you’re a shareowner in Amazon, you may want to take a seat,” Chief Executive Officer Jeff Bezos said.

In the face of historic economic uncertainty and of its iPhones, Apple (NASDAQ:) declined to project figures for its current quarter. This for the first time since it began providing concrete revenue guidance in late 2003.

Notwithstanding the grim economic picture brought on by the virus, a few tech companies gained ground, as swelling online shopping, social media interaction and cloud-tapping remote workers strengthened their lead. 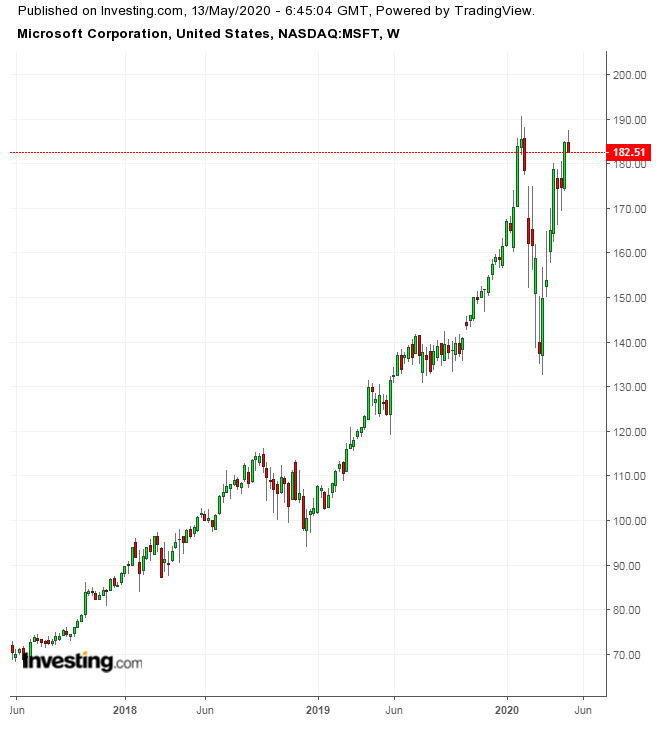 During the quarter, Microsoft (NASDAQ:) reported a thanks to growth in cloud-computing, something that’s also boosting revenue at both Amazon and Alphabet (NASDAQ:).

For old economy companies, it was all about surviving and preserving cash. From industrial giants such as Boeing (NYSE:) and General Electric (NYSE:) to airlines and oil producers, executives were convinced that customers may not return to pre-pandemic levels of travel and socializing any time soon.

In its earnings call, Boeing presented a plan to survive the worst downturn in aviation history. That will include shrinking its workforce by about 10%, slowing output, including for its 787 Dreamliner, which will undergo a production cut for a third time in successive quarters.

Addressing investors’ worst fears, Chief Executive Officer Dave Calhoun stressed that the company has the balance-sheet strength and access to capital to withstand the pandemic and global recession. 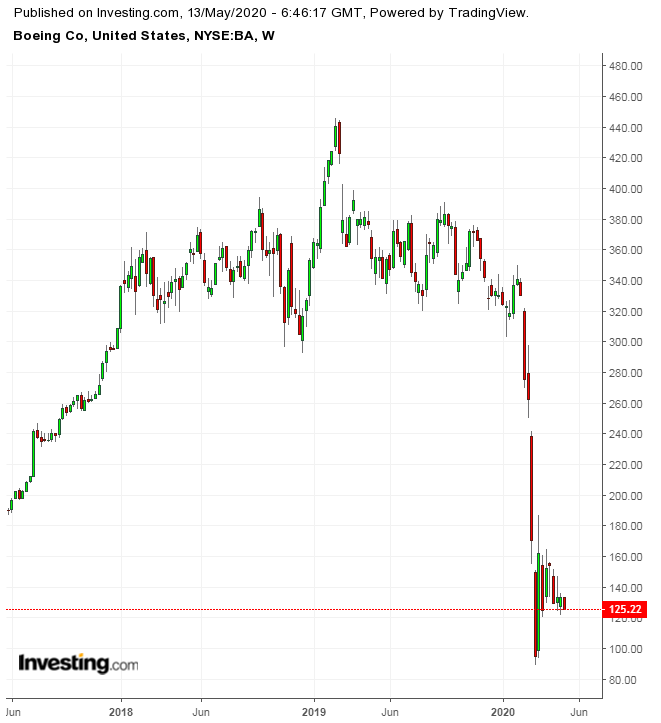 Shares of Boeing have plunged 62% this year, the worst drop for any of the 30 stocks listed on the .

Industrial conglomerate General Electric announced at the end of April that it would be suspending its annual $1.52 dividend as well as share buybacks. It expects to save more than $1.6 billion from the cropped dividend alone.

Energy producers, facing catastrophically low prices along with one of the most severe demand destructions in recent history, are trying to get through this recession by slashing budgets, and in some cases, once sacrosanct dividends.

Exxon Mobil (NYSE:) posted its first in three decades as it and rival Chevron (NYSE:) of the oil industry, signaling that the impact of the coronavirus pandemic may hang over their businesses for much of 2020.

Exxon is cutting $10 billion from its planned capital expenditures in 2020, a 30% budget cut. “We’ve never seen anything like what the world is facing today,” Chief Executive Darren Woods said in a Wall Street Journal report.

“Bottom line: It’s going to be a challenging summer with a pretty sloppy market.”