Manufacturing sales rose 1.1% to $58.1 billion in June, following a 1.5% increase in May. The increase in June was mainly due to sharply higher sales in the petroleum and coal product industry, while sales were down in the chemicals and food manufacturing industries.

In constant dollars, manufacturing sales were up 0.7%, indicating a higher volume of products sold.

Sales of petroleum and coal products increased 15.9% in June. Several major refineries ramped up production levels following temporary shutdowns and spring maintenance that began in April and continued into May. The production increase following the shutdowns was reflected in higher capacity utilization rates for the industry, which rose from 69.8% in May to 89.8% in June. Constant dollar sales in the industry were up 15.9% as well.

Sales also rose in the fabricated metal (+3.0%) and the plastics and rubber (+2.2%) product industries.

Sales of chemical products were down 4.5% in June following two consecutive monthly increases. Despite the decrease in June, the sales of chemicals were still 2.2% higher year over year than in June 2017. The decline in the chemical product industry in June was concentrated in pesticides, fertilizers and other agricultural chemical product industry. This industry often posts significant growth in May and then declines in June following spring planting in the agricultural sector. This year, the decline in June was larger than previous years.

Primary metal sales edged down 0.3% to $4.6 billion in June, following four consecutive monthly sales increases totalling 13.9% from January to May. Tariffs imposed by the United States on Canadian steel and aluminum products came into effect on June 1, 2018. 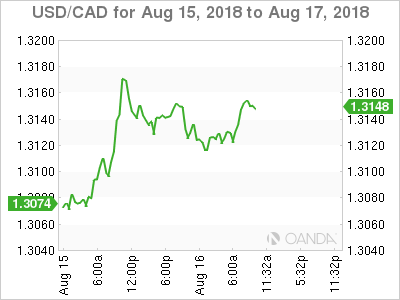 Sales up in five provinces

Manufacturing sales increased in five provinces in June, led by Quebec and Alberta.

Total manufacturing sales in Quebec rose 3.8% to $14.0 billion, while Alberta posted a 3.7% gain to $6.5 billion. The growth in both provinces was largely driven by higher production of petroleum and coal products following temporary shutdowns in April and May. In particular, sales of petroleum and coal products in Quebec rose 123.2% in June following declines in April and May. Production ramp-ups in Alberta refineries, which started in May, continued into June with sales increasing by 15.4%.

Ontario also contributed to the increase in manufacturing sales, rising 0.5% to $26.4 billion in June. The gain was largely due to higher sales of motor vehicles.

Sales in Saskatchewan fell 11.1% to $1.4 billion in June, following three consecutive monthly increases. Lower sales of pesticides, fertilizers and other agricultural chemical products were mostly responsible for the decline in the province.

Nova Scotia (-8.2%) posted the second largest provincial decrease in June, partly due to lower sales in the seafood product preparation and packaging industry.

Total manufacturing inventories increased 0.5% to $82.1 billion in June, attributable to higher inventories in the petroleum and coal product (+6.3%) and the machinery (+1.7%) industries. Inventories of transportation equipment declined 1.2%. 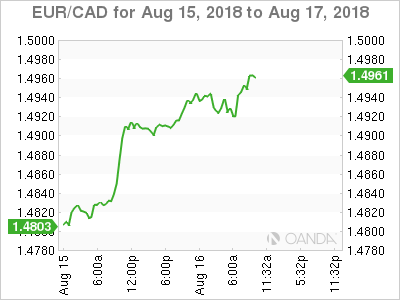 Unfilled orders rose for the fifth consecutive month, increasing 1.7% to $94.3 billion in June. The aerospace product and parts industry (+2.1%) was the main contributor to the gain, followed by the machinery (+5.0%) and the fabricated metal product (+3.5%) industries.

New orders decreased 1.8% in June following a 5.2% increase in May. The decline was mainly due to lower new orders in the aerospace product and parts industry in June compared with May.

The capacity utilization rate in the chemical product manufacturing industry fell from 90.0% in May to 84.9% in June. The decline was partly attributable to lower production at fertilizer and pesticide manufacturing facilities in June.