Retail sales declined for the first time in four months, edging down 0.1% to $51.5 billion in May. Excluding sales at motor vehicle and parts dealers and gasoline stations, retail sales decreased 1.0%.

Sales were down in 4 of 11 sub-sectors, representing 39% of retail trade. Lower sales at food and beverage stores were the main contributors to the decline.

After removing the effects of price changes, retail sales in volume terms decreased 0.5%.

Retail sales down in four sub-sectors

Receipts at food and beverage stores decreased 2.0% in May after increasing for three consecutive months. All store types within this sub-sector experienced lower sales this month, with the largest declines coming from supermarkets and other grocery stores (-2.0%) and beer, wine and liquor stores (-2.7%).

Sales at clothing and clothing accessories stores (-2.7%) and general merchandise stores (-1.1%) were down for the second month in a row.

For the fourth consecutive month, sales at gasoline stations (+3.5%) increased.

Sales at motor vehicle and parts dealers edged up 0.5% in May, as lower sales at new car dealers (-0.1%) were offset by an increase in sales at all other store types in this sub-sector.

Sales at cannabis stores (+14.8%) rose in May, surpassing $85 million. This increase marked the third consecutive month of double-digit growth. Gains were widespread across all provinces, with Quebec and Ontario accounting for the majority of the increase.

For the first time in three months, sales in Alberta (-1.7%) were down, due to lower sales at motor vehicle and parts dealers.

Retail sales decreased for the second time in the past three months in Nova Scotia (-2.3%) and Manitoba (-1.6%). Declines were reported at motor vehicle and parts dealers.

Sales increased for the fourth consecutive month in Ontario (+0.5%), primarily as a result of higher sales at motor vehicle and parts dealers. In the CMA of Toronto, retail sales rose 0.3%.

Following a decrease in April, sales in Quebec were up 0.9% in May, largely on higher sales in the census metropolitan area (CMA) of Montréal (+1.8%).

The figures in the following sections are based on unadjusted (that is, not seasonally adjusted) estimates. 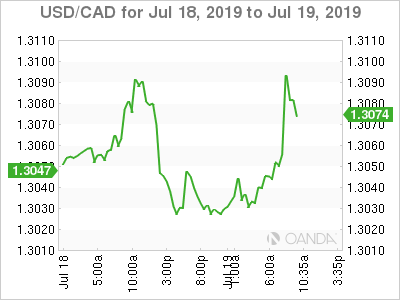