Rising Rates Will Sink The S&P 500

Low rates and overly bullish expectations have driven the to record highs. But now rates are rising, and that means multiples will need to contract. Just how much those multiples need to fall is the concern, and it could be a lot.

The S&P 500 trades at around 18 times 2023 earnings estimates of $219.90 per share, according to data from Refinitiv. That is well above the historical average of 14.9 since 2014 and indicates that future earnings growth expectations are very high. Should the PE return to that average over time, it would value the index at 3,256, 16% lower than its value of 3,915 on Mar. 18. 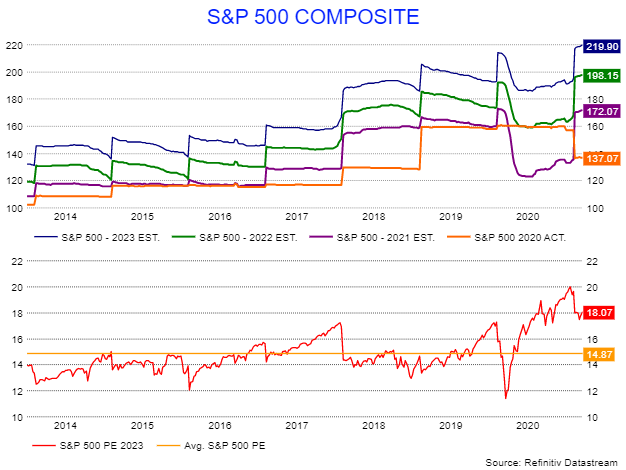 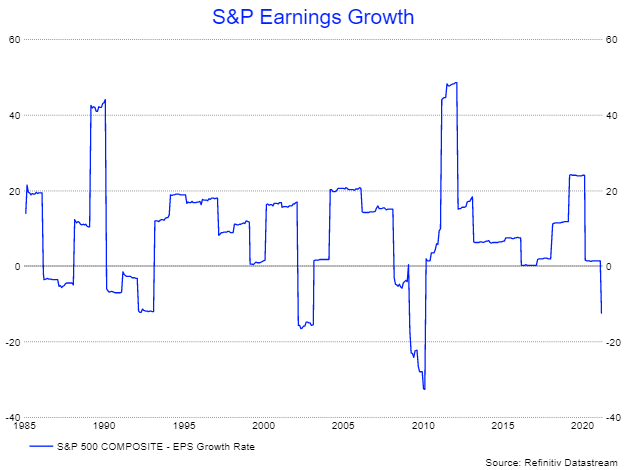 It doesn’t mean that the PE multiple for the S&P 500 has to slip all the way back to 14.9 times 2-year forward earnings estimates. But it does tell us how much earnings growth has been priced into the market. It also suggests that market expectations are much higher than consensus analysts’ estimates, potentially by quite a lot.

Low-interest rates play a heavy hand in the S&P 500 valuation too, which makes it even more challenging to quantify. But even when factoring low rates in, the S&P 500 is nearly just as overvalued. 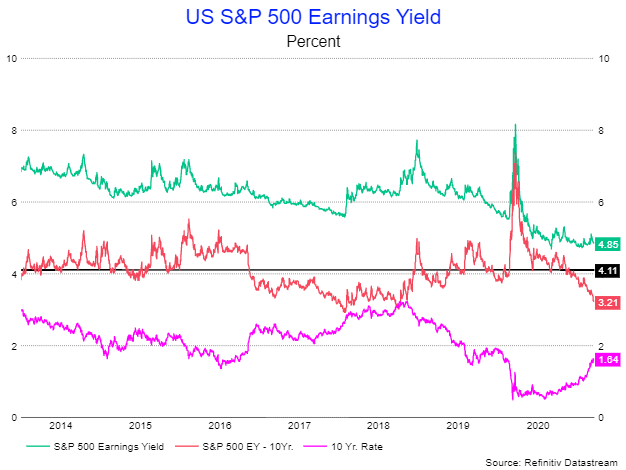 It seems abundantly clear that expectations for future earnings growth in the S&P 500 are very high. Couple that with lower interest rates that have helped to expand the S&P 500 earnings multiple dramatically. It means that at this point, with rates rising and likely to continue to rise, it is reasonable to think that multiples need to compress, with lower prices to follow.