After an incredibly volatile October, November brings with it the opportunity for equities to regain their footing. Earnings season has become somewhat of a tailwind for equities as many corporations delivered a positive surprise. At this time, over 50% of the members in the S&P 500 have reported and 84% of them have met or exceeded analyst expectations. While the broader performance may be quite strong, FANG earnings were rather disappointing and risks in other areas still remain.

View how our clients are positioned on equities and other assets with IG Client Sentiment Data.

The headline risk for equities next week will be the US midterm elections. Senior Currency Strategist Christopher Vecchio compiled a list of possible outcomes and their respective impacts on equities as well as currencies.

Outside of the midterm elections, trade wars remain a top-tier risk to equity performance. This week President Donald Trump and Chinese President Xi Jinping expressed a willingness to meet and discuss trade at the G20 Summit scheduled at the end of the month. On Friday, Director of the National Economic Council Larry Kudlow confirmed a meeting between the two Presidents was scheduled. 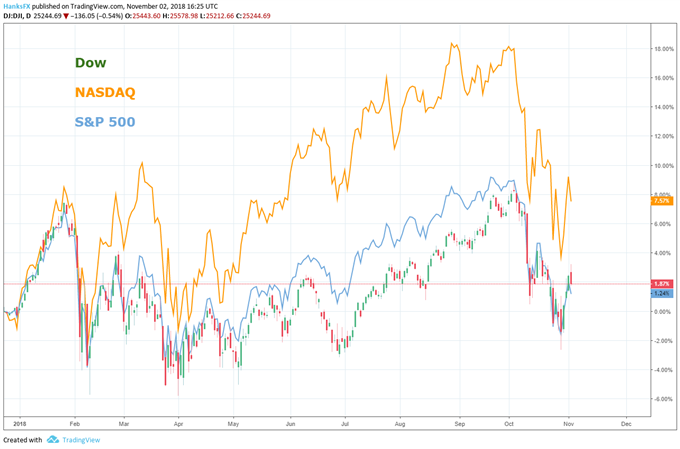 Following that announcement, Mr. Kudlow expressed concern over a lack of progress with China. In an interview he admitted President Trump has not yet asked his Cabinet to draw up a plan for the meeting and that no significant movement between the two nations has materialized. He went on to say “I’m not as optimistic as I once was about reaching a China trade deal.”

The concerning comments from Mr. Kudlow will surely weigh on equities next week as they did on Friday’s session.

To gain more insight to how we use sentiment to power our trading, join us for our weekly Trading Sentiment webinar.

The German DAX and the Italian FTSE MIB remain tied to the ongoing negotiations between the European Union and officials in Rome. Officials from both sides were fairly quiet this week but with battle lines drawn, a flare up is well within in the realm of possibility. 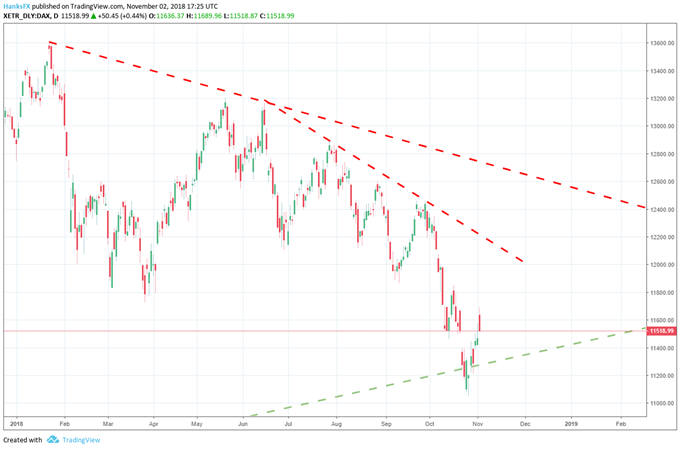 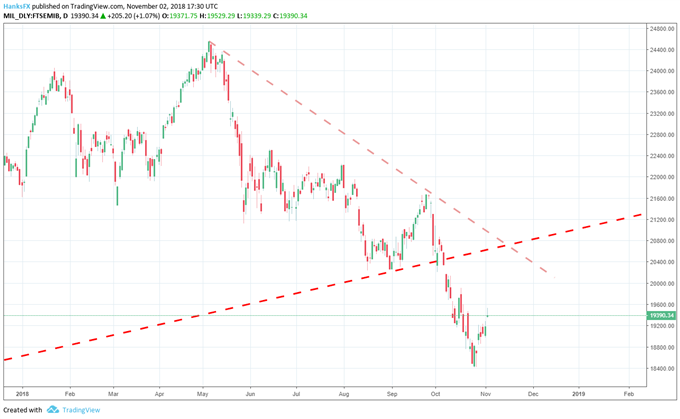 Again, the FTSE100 will look for Brexit progress to drive price action. This week Dominic Raab, the UK’s Brexit Secretary, announced a Brexit deal could well be reached on November 21st. Subsequently, the FTSE100 bounced and optimism picked up. The positive sentiment should remain a tailwind in the near future but a breakdown in talks or an alteration to the deadline are risks to be wary of. 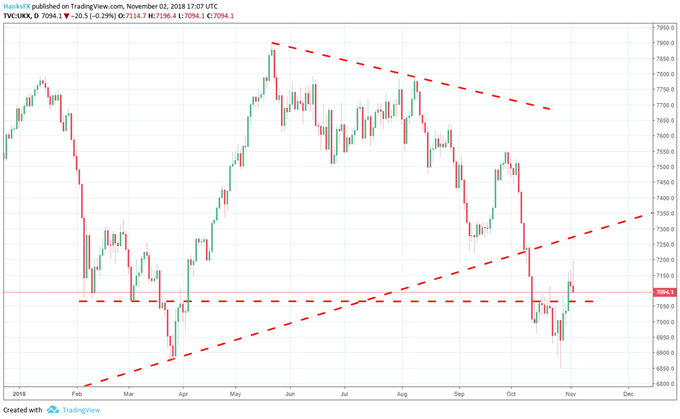 A more detailed technical breakdown of the FTSE100 can be found here.

Along with recent headline risk trends, the week ahead also has plenty of scheduled events that could derail a rebound. Multiple central banks are set to decide on their overnight interest rates, particularly the Federal Reserve. Rising bond yields have been a source of concern for equity investors in recent weeks and were initially cited as one of the main reasons behind the sell-off in early October. Once the rout deepened, bond yields received less of the blame but still remain an important metric to watch when trading indices. 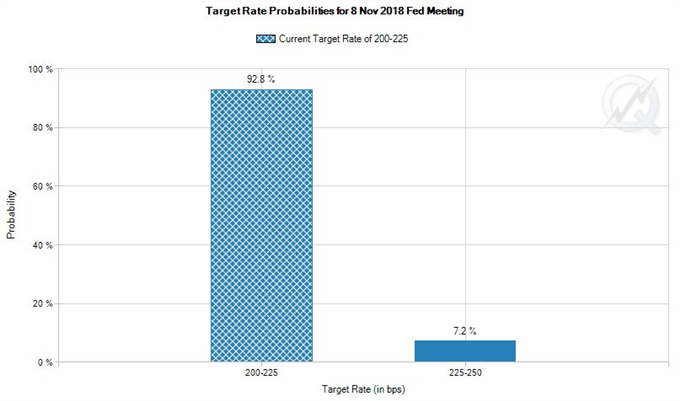 At this time, a hike at Wednesday’s meeting is highly unlikely according to CME’s Fed funds futures. Still, the collection of uncertainties in the week ahead provide enough risk to prove bearish for indices as a whole. At the top of the list are trade wars and the midterm elections which to be clear, have upside potential in their own right but markets like certainty and next week seems ready to provide anything but.

British Pound Forecast – Sterling’s Rally May Have More Room, All Things Being Equal