HomenewsAnalysisSticking With Mega Cap Stocks, Including These 3, Should Prove A Winning Bet

Sticking With Mega Cap Stocks, Including These 3, Should Prove A Winning Bet

A bit over a month ago, equity markets were being hammered. In just 22 days, beginning in late February, the dropped by 30%, the fastest decline in market history.

But stocks are on their way back up again. And much like previous rallies in recent years, it’s looking like mega technology stocks are leading the way.

Stocks on the so-called “FANG” index, which includes tech behemoths such as Facebook (NASDAQ:), Amazon (NASDAQ:) and Netflix (NASDAQ:), are faring much better this year than the broader S&P 500 benchmark. 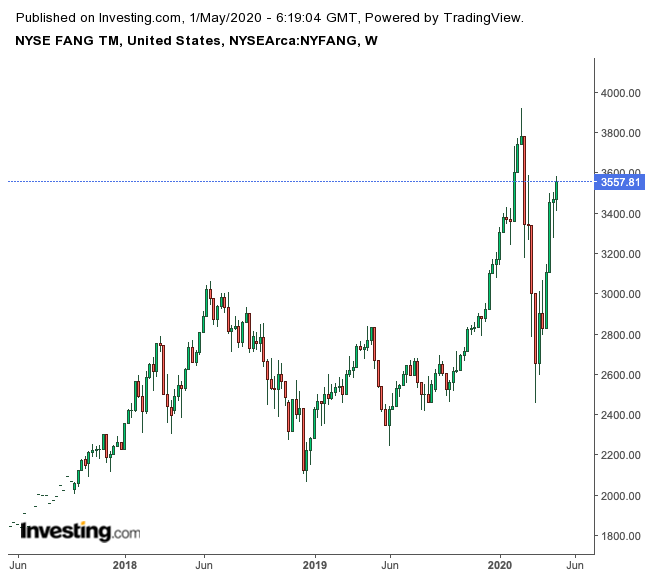 Some of the latest earnings reports show that the world’s largest technology companies are well positioned to manage through the COVID-19-induced recession. Even more encouraging, they’ll emerge much stronger once things get back to normal. Below, we focus on three big tech companies whose recent earnings releases are fueling additional gains in their stocks as investors seek refuge in their safety.

Software and devices giant Microsoft (NASDAQ:) is thriving despite the extreme economic distress coronavirus has brought to many sectors of the economy. Currently the world’s most valuable publicly traded company, the Redmond, WA-based behemoth on Wednesday strong growth in quarterly sales and profit. The business is benefiting from the shift to more activities online as the coronavirus pandemic forces millions globally to shelter at home.

Sales rose 15% in the first three months of the year to $35 billion. Microsoft generated a net profit of $10.75 billion, beating analyst estimates. 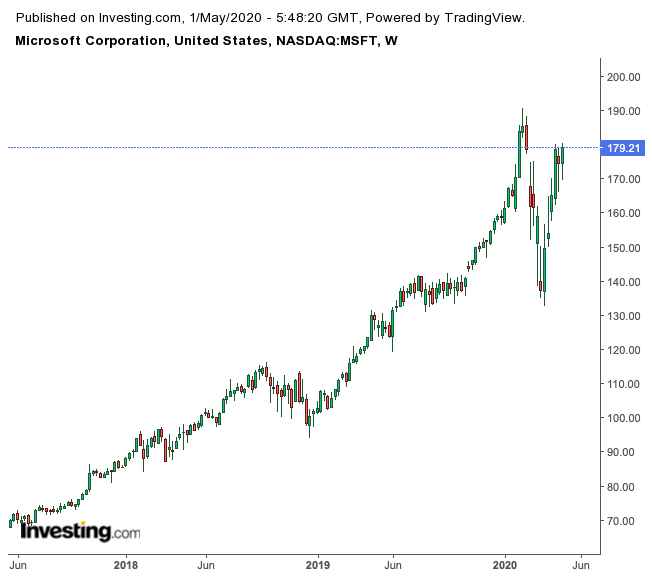 “As Covid-19 impacts every aspect of our work and life, we’ve seen two years’ worth of digital transformation in two months,” Microsoft Chief Executive Satya Nadella said during the post-release call.

The health crisis has pushed more workers to use Microsoft’s workplace collaboration software suite, called Teams, that includes videoconferencing and messaging functions. It now has 75 million daily active users—more than double the number in early March.

Cloud-computing, which has been the main growth driver for Microsoft, has gained added importance for customers, partly because more and more employees are working from home. That helped drive a 59% jump in sales in the Azure cloud business during the latest period, according to Microsoft.

Social media giant Facebook (NASDAQ:FB) also surprised analysts when it released its earnings report on Wednesday. The company’s sales as the business held steady in the first few weeks of April after it faced a steep decline in March.

Facebook relies heavily on advertising revenue from travel and entertainment businesses, which have been decimated by the global lockdown measures still in place. But that stay-at-home environment is also driving more user-engagement, boosting the company’s future prospects. 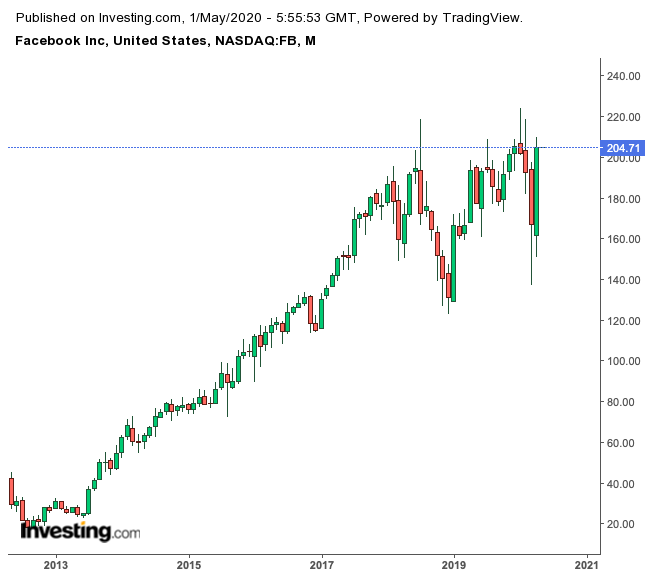 Daily users of all Facebook’s apps, including Instagram and WhatsApp, averaged 2.36 billion in March, up from 2.26 billion in December, the company said. Facebook’s core social network now has 1.73 billion daily users, compared with 1.66 billion during the final month of 2019.

That proliferation of the company’s messaging products could pay off in the near future, mitigating the decline in advertising sales if the slump in the economy endures.

After the better-than-feared earnings were announced, investors sent Facebook shares higher by 5% on Wednesday. The stock closed at $204.71 on Thursday; it’s up about 5% in the past 12 months.

Sales rose 14% to $33.71 billion from a year ago, led by YouTube revenue that jumped 33.5% and Alphabet’s cloud-computing segment where sales soared 52%. 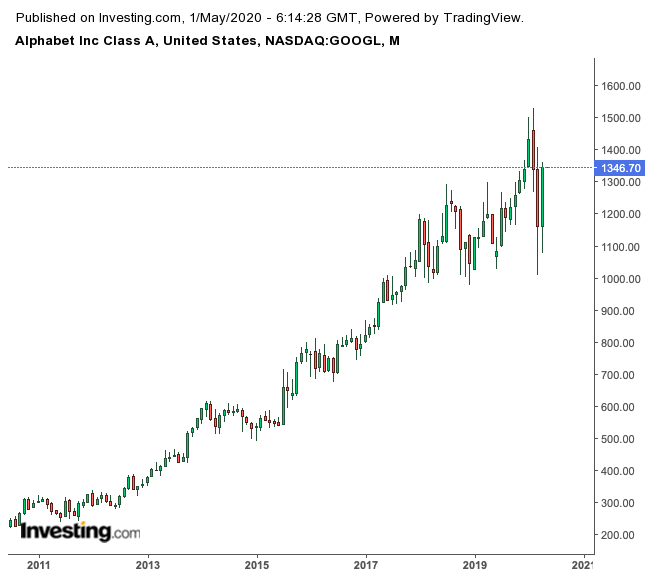 “Results came out better than the market expected, with strong metrics in Google Cloud and YouTube,” Jason Bazinet, an analyst at Citigroup, wrote in a note to clients.

Chief Executive Officer Sundar Pichai said the cloud business was still strong, even if some deals were taking longer to complete. “We see overall momentum,” he told analysts during a conference call.

While these companies aren’t totally immune from the pandemic’s impact, their latest earnings reports show they’re still relatively insulated, making them the safest bets for investors when so much uncertainty remains.