Optimism has cautiously prevailed in the global stock markets on Monday after US President Donald Trump left the G7 summit and deepened tensions with the present nations, especially Canada. Stocks outperformed in Europe and Wall Street was left slightly higher. The S&P 500 and Dow Jones were up 0.11% and 0.02% respectively.

The anti-risk Japanese Yen was one of the worst performing currencies as demand for haven assets evaporated. Meanwhile, the sentiment-linked Australian and New Zealand Dollars rose, although the former outpaced the latter. Things could have gone worse for the Canadian Dollar, which fell apart as tensions rose between the US and Canada, making for a more uncertain NAFTA outlook.

However, a rebound in crude oil prices during the second half of the day aligned with the pause in Loonie’s depreciation. Iraq’s oil minister spoke and undermined planned efforts from Saudi Arabia and Russia to increase production and rejected calls from the US to boost supply. Then, reports crossed the wires that a Nigerian light crude pipeline was halted amidst leaks, adding supply disruption consequences.

A Look Ahead – All Eyes on Trump/Kim Summit

The day has finally come for Donald Trump’s summit with North Korean Leader Kim Jong Un, and all eyes will be on some sort of exchange involving denuclearization in the latter for US economic sanctions relief. In fact, ahead of the meeting, the US president said that he was feeling ‘good’ about it. The two are scheduled to meet at 9:00 am local Singapore time which translates to 1:00 GMT Tuesday.

An outcome that does lead to some sort of North Korean nuclear disarmament can bolster sentiment, sending stocks higher and the Japanese Yen further lower. The Australian and New Zealand Dollars are bound to rise. This is because such a result may reduce fears of nuclear skirmish on the peninsula, perhaps boosting commercial activity. Needless to say, a lack of an outcome may lead to haven asset buying.

The British Pound depreciated across the board when softer-than-expected factory output crossed the wires. Local government bond yields tumbled, signaling ebbing hawkish Bank of England monetary policy expectations. The sharp decline in Sterling gave the US Dollar a chance to rally as it finished Monday little changed. Meanwhile, the Euro cheered remarks from Italy’s Economy Minister over the weekend. 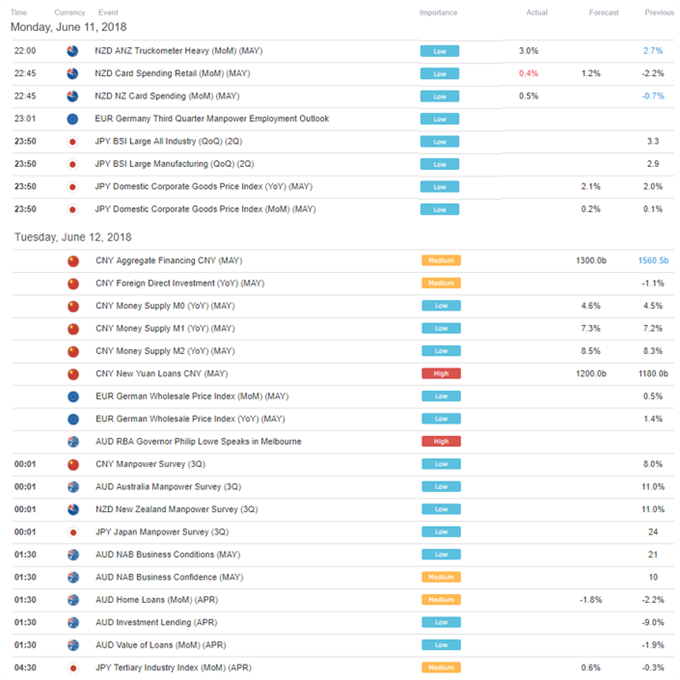 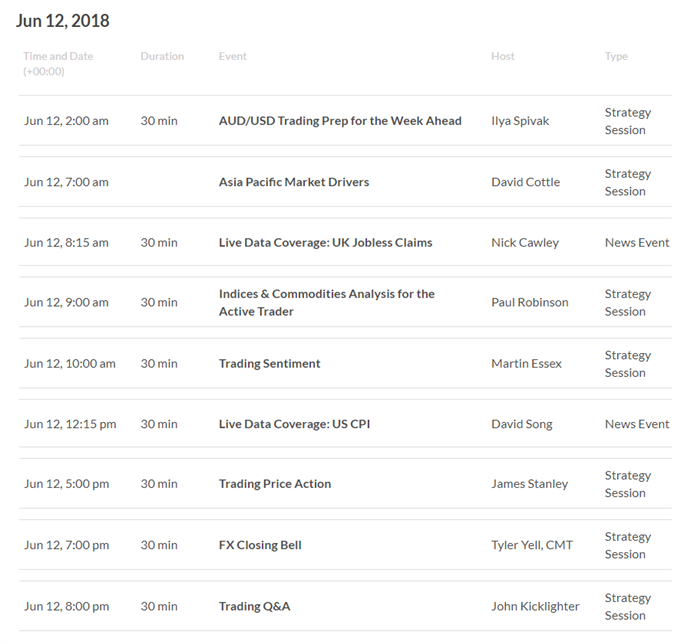 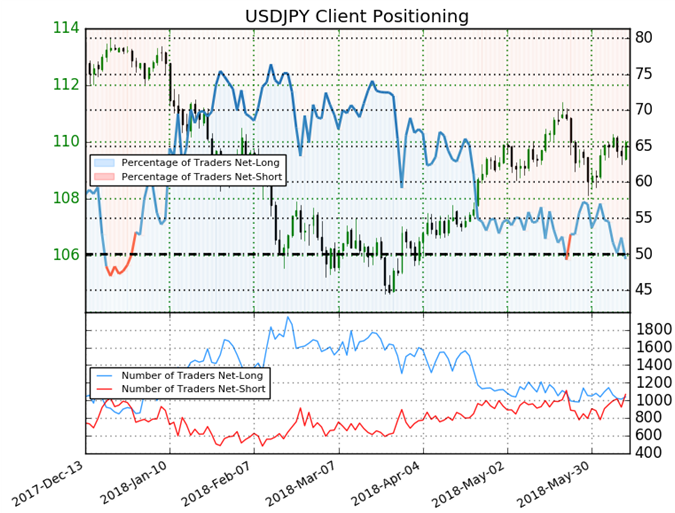