The Bearish Case Against Apple Stock Is Losing Steam

One fear that continues to haunt Apple Inc (NASDAQ:) investors is whether one of the world’s most valuable companies can continue to grow even as its flagship product, iPhone, faces a bleak future.

Consumers, who were once so much in love with its gadgets, now appear less keen to buy newer models and are instead holding on to their older ones. They’re also finding it hard to pay the ever-increasing prices that Apple charges to keep its sales revenue growing, even as the volumes of iPhones sales are declining. 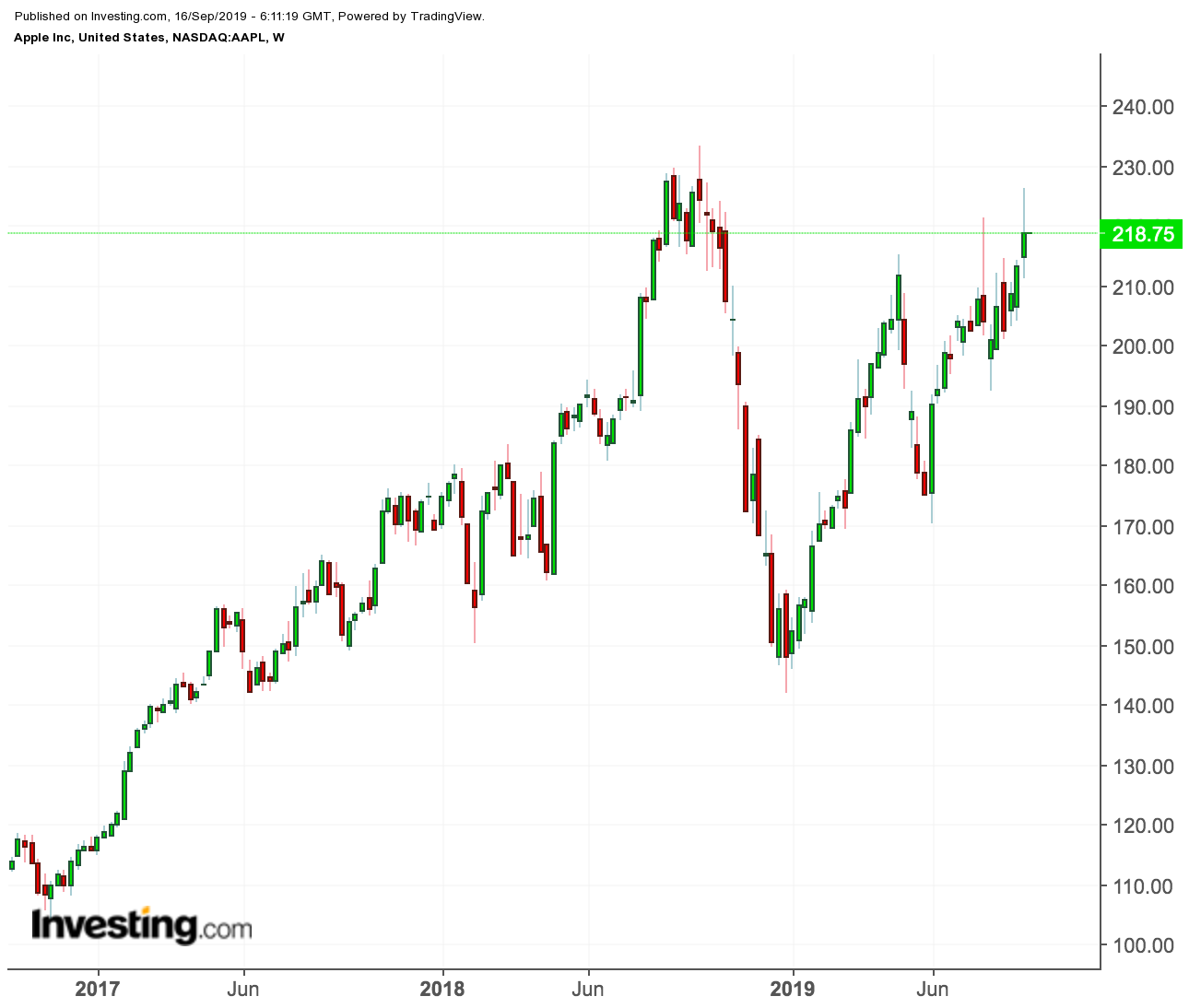 In the most recent , for example, Apple experienced a 12% decline in iPhone sales. This was the first quarter since 2013 in which iPhones didn’t account for the majority of Apple’s revenue, according to eMarketer. This after the company’s flagship smartphone made up more than half of the company’s sales last year, and is still crucial for the company’s future growth, at least in the short-to-medium term.

Despite this generally bearish environment for Apple stock — which has fallen 2.3% over the past year, while the Index has gained 3.5% — we have been advising investors to focus on the company’s ability to innovate and thrive when faced with challenges.

The company’s latest initiatives to diversify its revenue away from iPhones and to make the best use of its product ecosystem came last week when the company introduced its new iPhone model and combined it with its video-streaming service, which is set to be the cheapest among all available in the market.

Apple priced its streaming video service, Apple TV+, at $4.99 per month. It’s also giving customers a year of Apple TV+ for free if they buy a new iPhone, iPad, Mac or Apple TV box. Along with this competitive streaming pricing, Apple also priced iPhone 11 at $699, which is $50 lower than the XR model launched last year.

This is a creative incentive that we see working to attract customers, as Apple TV+ low pricing and a free trial for a year position the company to build a loyal subscriber base that can be charged more once its video library grows.

Apple is expected to sell about 70 million new iPhones through the holiday season, according to analysts’ estimates. In addition to iPhones, Apple will also sell millions more Macs, iPads and Apple TVs. A new Apple TV+ service offered free with these devices could make its streaming service one of the largest within just the next few months. And Wall Street’s top analysts agree.

“TV+ pricing is lower than expected and the bundling of 12-months free TV+ with a purchase of most devices creates a competitive advantage in an increasingly crowded streaming video market,” according to Morgan Stanley analyst Katy Huberty, who put Apple stock in her basket of top picks for 2020.

Apple seems to be succeeding in its plan to revive its sales growth and diversify its revenue away from iPhones. The company’s services, which include Apple Music, movie rentals and app downloads, produced 33% growth last year with sales touching $40 billion—accounting for about 15% of the company’s total of $265.6 billion.

That contribution will definitely accelerate once the company’s new line of services —- video-streaming, Apple Pay and gaming — start to chip in. According to an estimate by Morgan Stanley, the services contribution will continue to grow and could generate about 60% of Apple’s revenue in the next five years.

After sinking as low as $142 a share in January, Apple shares rebounded sharply, and are now up almost 40% since the start of the year after closing at $218.75 on Friday. We believe this move upward isn’t done yet, especially now that the U.S. and China have returned to the negotiating table to seek a resolution of their trade dispute — which, if unresolved, has the potential to hurt Apple’s suppliers and its sales in China. A creative product launch and improvements on the macro front are setting up Apple stock for a powerful rally going forward.