HomenewsAlertsTheresa May Survives Vote of No Confidence, GBP Rises

Theresa May Survives Vote of No Confidence, GBP Rises

See Q1’19 forecasts for the US Dollar, Euro, British Pound and more with the DailyFX Trading Guides.

United Kingdom Prime Minister Theresa May survived a vote of no confidence today after the vote failed 306-325. While the outcome was expected, the margin of victory in yesterday’s vote cast some doubt on today’s. Still, the failed vote reaffirms support for May despite a gridlocked Brexit situation.

However, given that members of parliament are not ready for another election, the failed vote brought forth by the Labour party suggests a soft Brexit can still be achieved. In the same vein, Prime Minister Theresa May has promised to find more common ground across party lines which could ultimately result in renewed negotiations with Brussels. On the other hand, all Brexit options seem equally undesirable for the MPs and a second referendum remains a possibility, albeit rather unlikely. 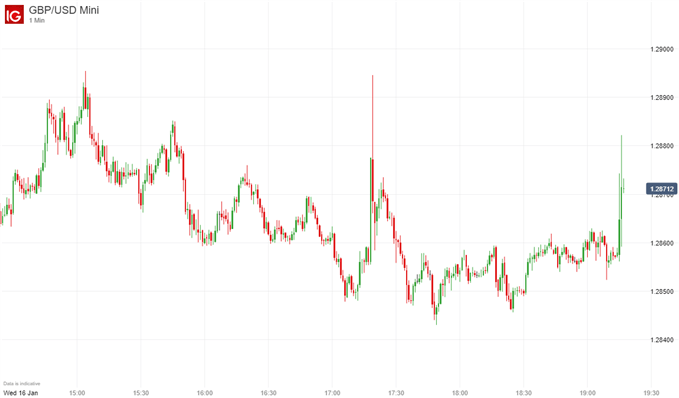 The Pound traded slightly higher after the vote, despite the expected outcome. Although Theresa May will remain at the helm, so too will uncertainty and the geopolitical tensions brought about by Brexit. With that in mind, the Pound will continue to take leads from Brexit negotiations and new developments.