After a pause yesterday, the US Dollar resumed its uptrend from the beginning of February as it clocked in its best rise in a day since January 2 (+0.52%). A better-than-expected US headline inflation report helped contribute to this. Domestic government bond yields rallied, signaling a reduction in dovish Fed monetary policy expectations.

This may have weighed against equities to a certain extent, preventing a liftoff in the S&P 500 as it trimmed most of its gains and closed just 0.3% to the upside. This followed a rosy session in Europe where most benchmark stock indexes rallied. However, these were largely because of gaps to the upside. The Euro Stoxx 50 then proceeded to range.

Gains in the Greenback weighed against the Euro which also had to contend with dismal Eurozone industrial production as expected. Output contracted by 4.2% y/y which was by the most since 2009. Economic weakness from Europe, with Italy in a technical recession and fears of a no-deal Brexit, leaves EUR/USD increasingly at risk to declines down the road.

As we head into Thursday’s Asia Pacific trading session, S&P 500 futures are aiming narrowly lower. This may precede a mixed to slightly underwhelming day for regional bourses. Especially if markets start feeling more concerned about Fed rate hike bets. The anti-risk Japanese Yen could thus be offered a chance to recover on some losses while the pro-risk Australian and New Zealand Dollars fall.

JPY showed a minimal reaction to the preliminary Q4 GDP report (see calendar below) given that economic data out of the country tends to have a minimal impact on BoJ policy bets. Meanwhile, at an unspecified time today, China is expected to release January’s trade data. Fears of growth slowing there and data tending to underperform relative to economists’ expectations may result in a soft outcome.

The pullback in the S&P 500 on Wednesday as it trimmed most of its gains resulted in the formation of a shooting star candlestick. This is typically seen as a sign of indecision. Closes to the downside thereafter may lead to a bearish reversal. On top of this, negative RSI divergence warns that upside momentum is fading. Fundamentally, the index seems to be running out of reasons to rally. 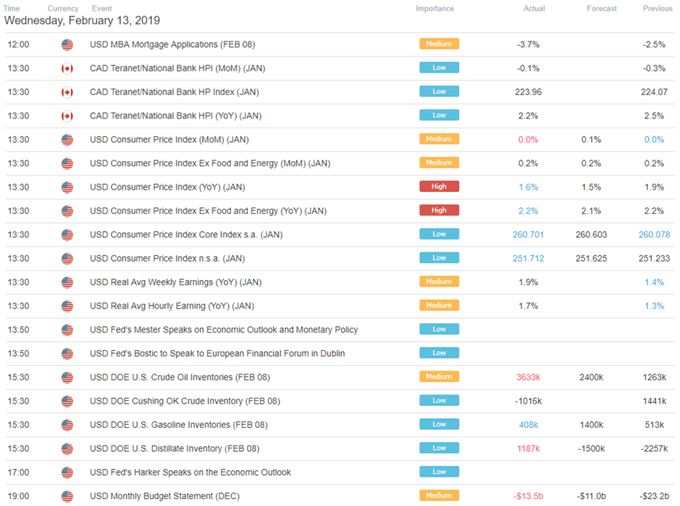 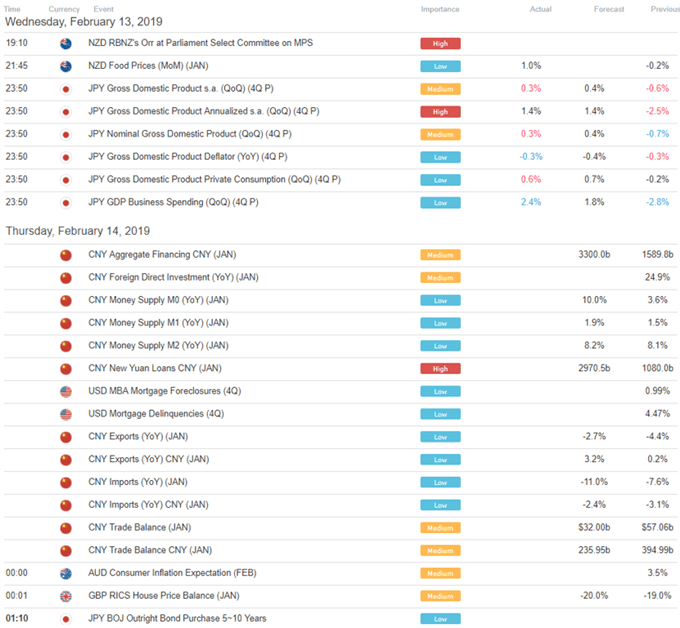