The Canadian dollar was flat against the U.S. dollar Wednesday. The is caught between improving economic fundamentals, rising oil prices and the U.S.-China trade talk anxiety. Canadian housing jumped 22.6 percent in April easing some concerns about the economy. Oil prices rebounded after the large drawdown in inventories. Housing data was supportive of the Bank of Canada’s view of the transitory headwinds which pushed the CAD higher but not enough to not get brought back down on trade war developments. 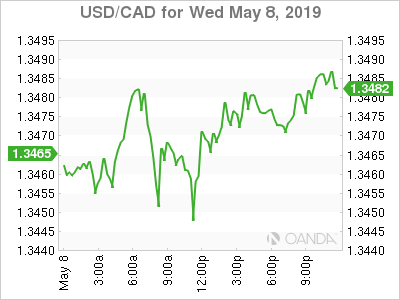 Trade anxiety will continue this week as Chinese negotiators reach Washington with a Friday deadline on higher tariffs looming over the meeting. If there is no significant progress, the U.S. would raise tariffs to 25 percent on $200 billon worth of imported goods. China could hit the reset button and go back to the original terms of the agreement but its unclear if they could do it quick enough to avoid Friday’s deadline.

Oil prices rose on Wednesday after a surprise large drawdown in U.S. crude inventories. The 4-million-barrel drop took the market by surprise when the forecast called for a 1.1-million-barrel buildup. Oil prices had been under pressure from rising U.S.-China trade concerns and consistency higher inventories in the U.S. 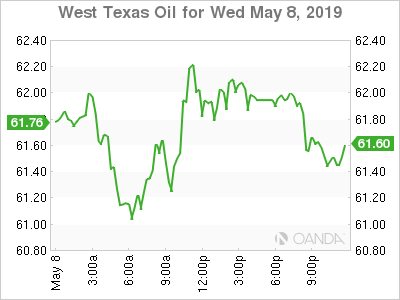 The shock drop in oil inventories boosted prices despite ongoing anxiety about a possible trade war. Chinese negotiators will be in Washington to start another round of negotiations after the U.S. is ready to increase tariffs on Friday.

U.S. sanctions against Iran and Venezuela along with the OPEC+ production cut agreement were keeping prices stable, but energy demand forecasts were impacted by a possible escalation of tariffs from the two largest economies. 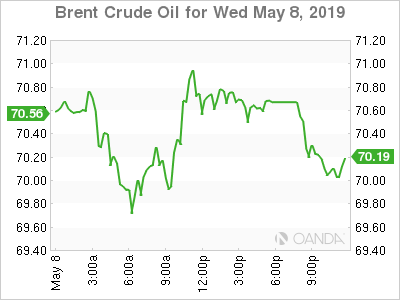 Supply continues to outweigh demand, but the efforts from the OPEC+ and geopolitical disruptions have kept prices rising despite pressure from the White House for producers to bring more supply online which would cause a drop in prices.

Supply/Demand fundamentals are driving prices with the delicate balance between the two now pointing to lower supply with investors keeping an eye on the U.S.-China trade front. A successful last-minute agreement between the two nations, similar to the USMCA quick turn around, could spark higher demand for crude boosting prices as OPEC+ is still limiting output.

Saudi Arabia and Russia are the key players for the OPEC+, while the Kingdom has pledged its support of a production curb, Russia has not signalled such a strong commitment. In June the major producers and the OPEC will meet to discuss a possible extension which could include no terms, or not reach an agreement after a declaring it mission accomplished after achieving price stability.

Gold lost 0.35 percent as stock markets were mixed ahead of the trade meeting between China and the U.S. The Japanese yen has taken the crown as the safe haven of record ahead of the talks in Washington and the yellow metal is softer as risk appetite is slowly being dialled in. 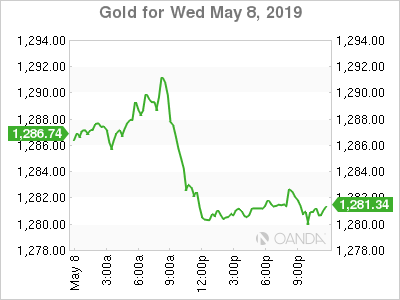 U.S. President Donald Trump tweets sparked some optimism after mentioning Vice Premier Liu He is headed to Washington to make a deal. The possibility of a quick deal is not off the table ahead of Friday’s arbitrary tariff deadlines. Even signs of progress on the trade talks could push back the tariff escalation deadline which would be negative for the yellow metal as its appeal as a safe haven would be further eroded.

Equities Rebound but All Eyes on US-China Trade Talks

The health-care sector rebounded despite ongoing tensions between the U.S. and China ahead of their meeting on Thursday. Trade talks took an unexpected turn with China allegedly backtracking their earlier commitment. The U.S. has gone on a full offensive mode and put a 25% tariff applicable right after the trade talks finish with the aim of forcing China into a concession. 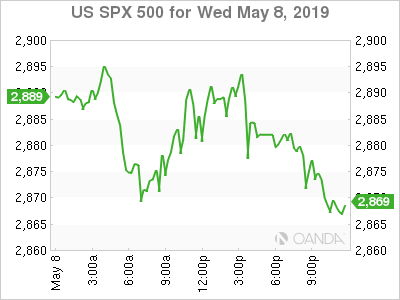 The market had already priced in a successful agreement, although details were scarce so the fact that the deal could be off as per the U.S. response put pressure on equities. Now as the meeting gets closer cooler heads are prevailing and more optimistic scenarios are being presented where a delay in the deadline and even a last-minute agreement are not unthinkable.

Pound Falls as Political Parties Not Close on Brexit

The British pound lost 0.43 percent on Wednesday as Conservatives and Labour continue to discuss Brexit option, with no clear sign of progress. Rumours are circling that the talks between the two parties are near collapse, but no group wants to be seen as holding up the talks. The Brexit extension was granted until October, but the possibility of not reaching consensus on the already presented proposal is very real and will continue to put the pound under pressure. 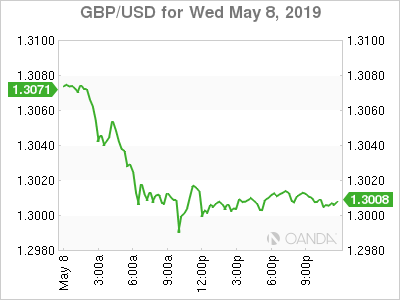 The GBP is hovering above the 1.30 price level, but will be sensitive to trade talks and could fall below it if risk aversion grips investors after a negative outcome to the U.S.-China summit.