The Canadian dollar was slightly higher against the U.S. dollar Thursday after trade uncertainty and a soft dollar. The got little support from a reduction of the trade deficit in March. Exports grew, specially oil as Canadian energy product rose 7.7 percent. 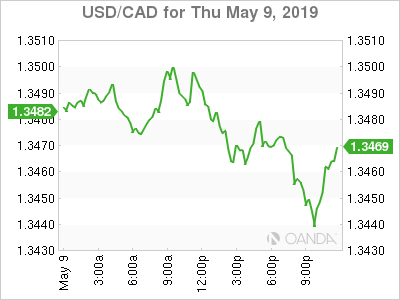 The loonie will be caught between Canadian employment data and U.S.-China trade developments to close out the trading week. Jobs are expected to rebound from last month, and maintain the unemployment rate at 5.8 percent. The data won’t be enough to get the Bank of Canada out of its dovish funk as macro headwinds will continue to put pressure on the Canadian economy.

The U.S. dollar is lower against major pairs on Thursday after U.S. President Donald Trump showed some hope a deal with China is still possible ahead of its meeting with the Chinese negotiators. The dollar was sold across the board as U.S. inflation indicators showed no immediate pressure giving the Fed no reason to raise interest rates.

The Fed hit the brakes hard in January after lifting rates four times in 2018. The Fed has removed a rate hike from its dot plot and will be patiently awaiting significant improvement before it reassumes its tightening of monetary policy.

Safe haven currencies lead the pack moving against the dollar. The Swiss franc rose 0.51 percent and the Japanese yen 0.33 percent as investors awaited the outcome of the trade talks with high uncertainty given the various statements.

Oil prices retreated as a possible trade war will reduce energy demand while gold rose as the appeal of the metal as a refuge increased. 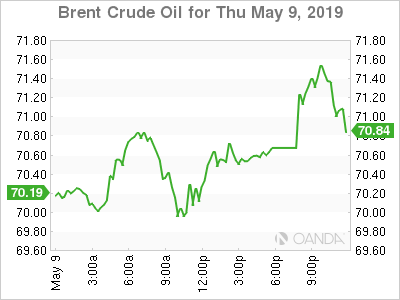 Crude prices are under pressure as the outcome of the U.S.-China trade talks remains uncertain. Trump has added to the confusion with his comments hoping for a deal, but ready to increase tariffs as a viable alternative if one is not reached. 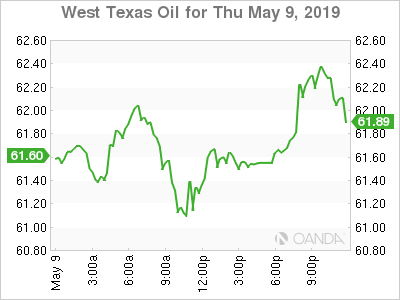 Supply disruptions have moved to the background as demand fundamentals are the key factor for investors at the moment. U.S. sanctions against Iran and Venezuela, alongside the Russian

Gold rose 0.34 percent on Thursday after the dollar lost traction as investors sold the currency in search of risker assets. The fact that the outcome of U.S.-China trade talks remains uncertain keep gold bid as investors are not optimistic on a positive outcome and are seeking the safety of the metal. 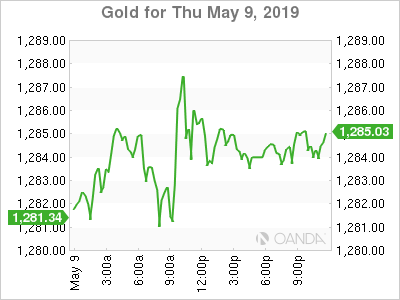 Mixed signals and a close tariff deadline are stoking anxiety in the market on the trade front.

Stocks Keep Falling as U.S. and China Meet on Trade

Global equities continued to fall after confusing comments from Trump regarding its upcoming negotiations with China. He mentioned President Xi reached out and would be speaking with him. Trump has hinted a deal with China is possible, but he is ready with tariffs as that is another viable alternative. After months of positive comments, but little details the comments could be read as a negotiation tactic or an unstructured response to China walking back its previous commitments. 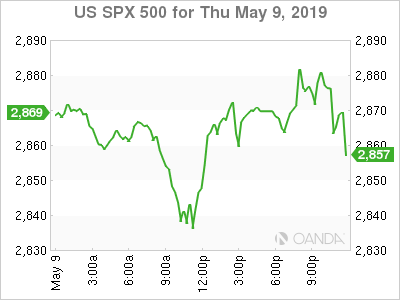 China has already stated that it hasn’t walked back out of the deal and wishes to meet the U.S. halfway. That statement in itself it’s also a bit confusing given that according to some official sources the deal was close with both parties ready to announce an agreement.

Volatility as measured by the rose 20 percent as market uncertainty on the trade deal remains the driving force.