USD/CAD: Sell In April And Go Away?

As our U.S. analyst Matt Weller aptly coined it, yesterday was a “King CAD” kind of day. Offering a reprieve from trade wars and attacks on Amazon (NASDAQ:), U.S. President Donald Trump’s suggestion a NAFTA deal is in plain sight came as a rare and positive surprise to CAD crosses that had been under heavy selling pressure recently.

With exception to (which is clinging stubbornly to its technical juncture), several CAD crosses broke key levels. has cleared 0.9868 support, while and have broken their bullish trendlines. is on the cusp of breaking March’s high and USD/CAD has breached its 1.28 line in the sand. And with momentum favouring bears over the near-term, we also note the seasonal patterns suggests headwinds for USD/CAD at this critical juncture. 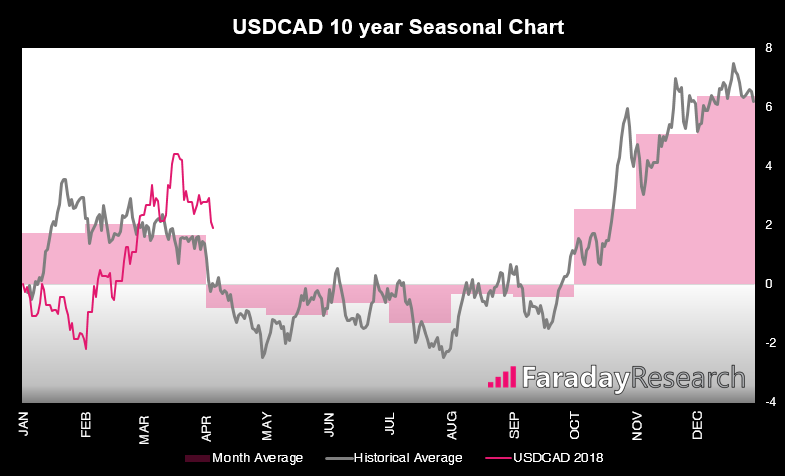 Seasonal charts aren’t an accurate forecasting tool, as they merely show the average path a market has trodden over the course of a year. But it is interesting to note the steep decline during April over the past 10 years, at a time we see USD/CAD (pink line chart) beginning to roll over at the start of April.

Taking an average of each month (pink shaded box) we can see July tends to be the worst month of the year. But it is even the more intriguing to see the average month closing lower between the April and September. Unfortunately, it doesn’t rhyme, but should we “sell CAD in April and go away?” (We doubt it will catch on either).

There’s still the remainder of the month to discover if April’s seasonal path will play, but two range expansion days against the bullish trend and a head and shoulders top suggests it’s going to give it a good go. 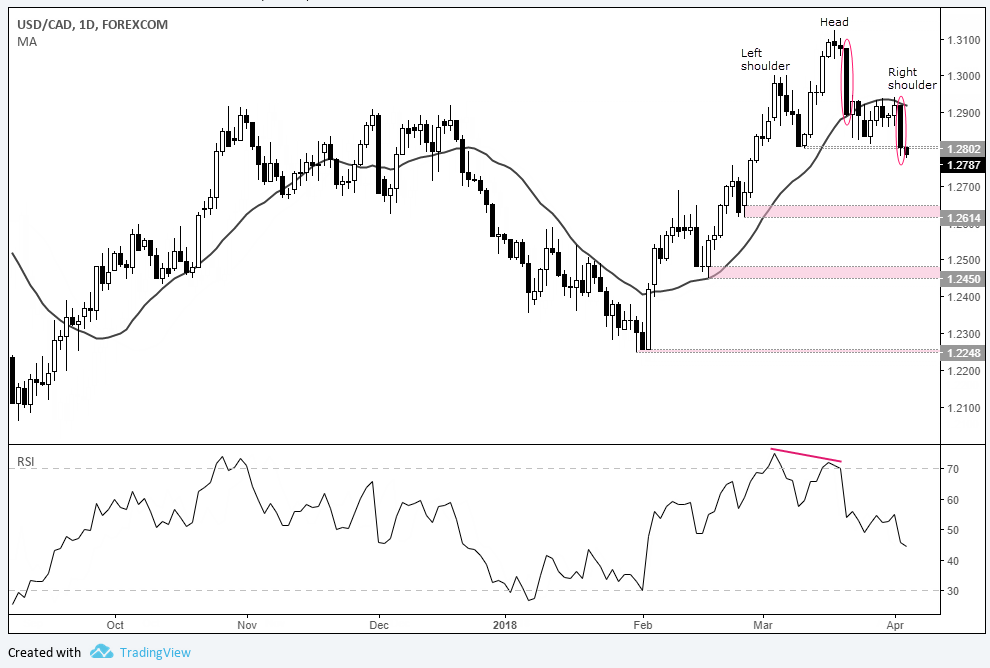 Still, we’ll finish with a word of caution. We know that Trump likes to mix things up and, if reports are to be believed, he can switch his opinion on key matters depending on who he last spoke with. And with some time until a NAFTA agreement is likely to be confirmed, it leaves plenty of time to for him to change his mind. And this leaves CAD crosses vulnerable to reactionary whipsaws until an agreement is made.