HomenewsAlertsUSD Gains Ahead of Fed, NZD Falls Before the RBNZ

USD Gains Ahead of Fed, NZD Falls Before the RBNZ

The US Dollar outperformed on Tuesday, rising alongside local government bond yields. Tomorrow is the highly anticipated FOMC monetary policy announcement. The move appeared to reflect pre-positioning for this event. While a rate hike is mostly priced in, the markets will be looking for any hints that a fourth one may even occur by the end of this year.

Meanwhile the New Zealand Dollar underperformed. The greenback’s appreciation probably sapped the former currency’s appeal from a yield perspective. In fact, tomorrow we will also get the RBNZ rate decision. Market expectations for a rate hike from them by the end of the year have been dwindling for much of the first quarter.

The British Pound also did not fare well this past session. In the UK, inflation crossed the wires worse-than-expected. The Euro also suffered when German investor sentiment plunged to 5.1 in March from 17.8 in February.

Even though the Japanese Yen finished the day broadly lower against the majors, it was boosted briefly by earlier comments from Bank of Japan’s Amamiya. He hinted that they may adjust rates before hitting the elusive 2% inflation target.

Finally, the second day of the G20 meeting ended with the US saying that they are not afraid of a trade war. If one does eventually ensue, the anti-risk Yen could gain in such a scenario. 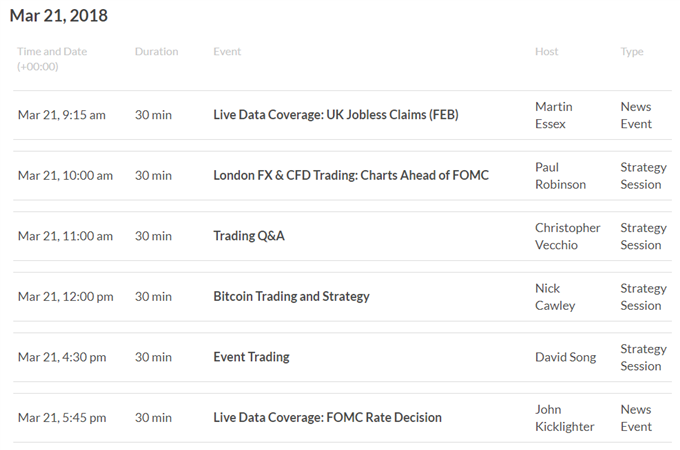 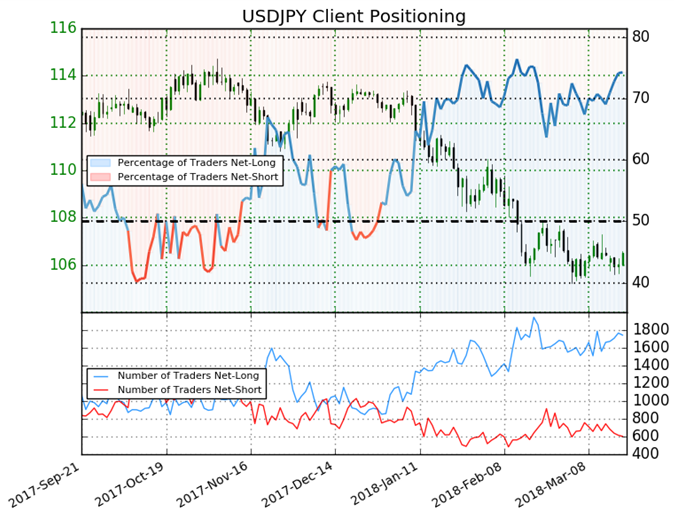 Retail trader data shows 74.3% of USD/JPY traders are net-long with the ratio of traders long to short at 2.88 to 1. In fact, traders have remained net-long since Dec 29 when USD/JPY traded near 112.39; price has moved 5.2% lower since then. The number of traders net-long is 3.9% lower than yesterday and 4.1% higher from last week, while the number of traders net-short is 5.3% lower than yesterday and 22.9% lower from last week.

We typically take a contrarian view to crowd sentiment, and the fact traders are net-long suggests USD/JPY prices may continue to fall. Traders are further net-long than yesterday and last week, and the combination of current sentiment and recent changes gives us a stronger USD/JPY-bearish contrarian trading bias.