The US Dollar finished Thursday’s session rather mixed having experienced losses during the first half followed by gains in the second. During the former, its weakness may have been due to broad Euro strength as the ECB increased hawkish monetary policy bets. Then, news that the US proposed eliminating auto import tariffs on both sides of the Atlantic added more momentum to Euro gains and the DAX.

In the second half, the US Dollar advanced along with local front-end government bond yields. During its climb, better-than-expected ISM Non-Manufacturing data did not hurt. Simultaneously, US stocks came online after the Independence Day holiday and Wall Street finished the day higher. The S&P 500 rose about 0.86 percent.

The release of the FOMC minutes did put a halt to the greenback’s ascent, though it certainly gained temporarily as the statement crossed the wires. There, Fed officials saw gradual rate hikes as needed given a ‘very strong’ economy. However, most members noted that there are intensified risks around trade policy. Increasing concerns on this front may have contributed to USD’s top.

Notes from the FOMC Minutes:

A Look Ahead – Trade War Looming?

Speaking of rising concerns round trade policy, US President Donald Trump confirmed that the country will go ahead with imposing the first portion of the $50b in Chinese import tariffs at midnight local time. This translates to $34b around 4:00 GMT on Friday. China is at this point ready to retaliate and yesterday, Commerce Ministry Spokesman Gao Feng confirmed it.

As such, while Asian shares may have some scope for gains given Wall Street’s performance, those might be mitigated to a certain extent. Keep in mind that a few weeks ago, Donald Trump has threatened to impose additional levies on China in the event that they retaliate. If stocks do climb in the interim, there may be a nasty surprise down the road as such. Either way, anti-risk currencies and sentiment-linked ones like the Japanese Yen and Australian/New Zealand Dollars respectively could be volatile. 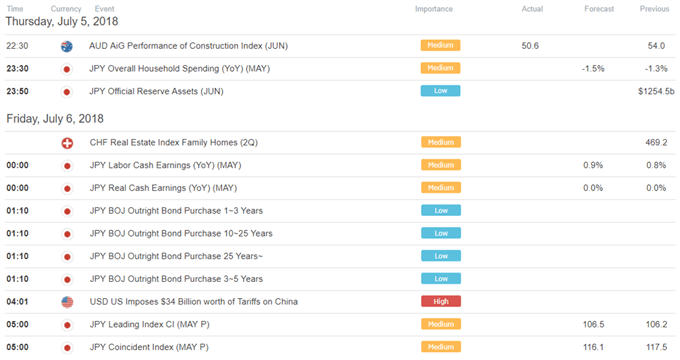 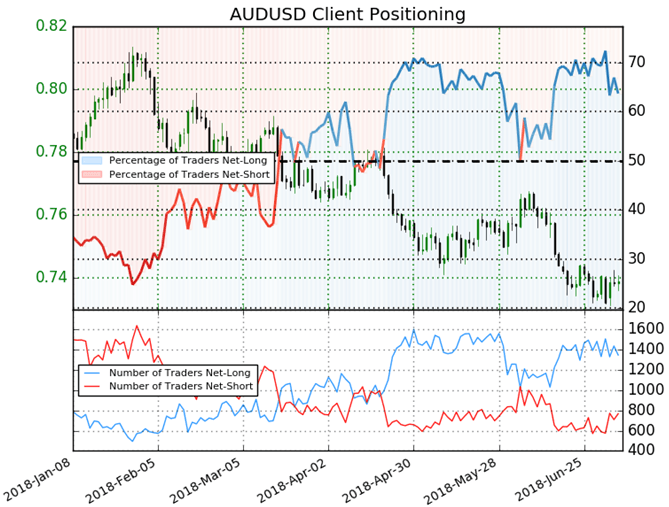