Learn to trade around news events like today’s Fed decision with our Introduction to Forex News Trading guide.

While this month’s decision may have been devoid of significant reaction, Thursday’s meeting is the final meeting on the calendar for 2018 that is not accompanied by a live event. Thus December’s rate decision, quarterly projections, and subsequent press conference will likely have a much larger market reaction.

As of Thursday, CME Fed Futures have the probability of a 25 basis point hike come the next decision at 75%. 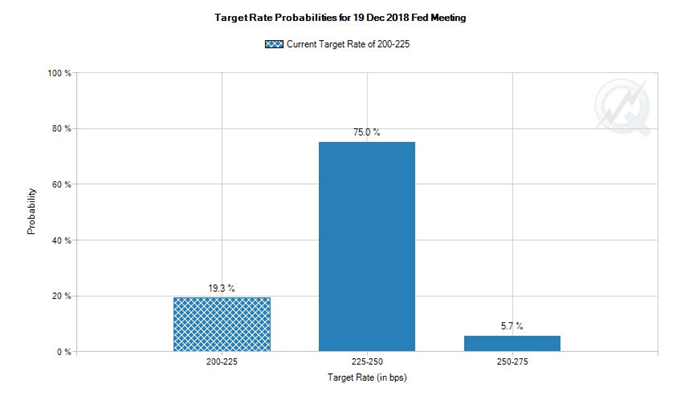 Once we tick into the New Year, every FOMC decision will be followed by a press conference. The change was announced in June as Chairman Powell seeks to provide further clarity regarding the Fed’s thought process. 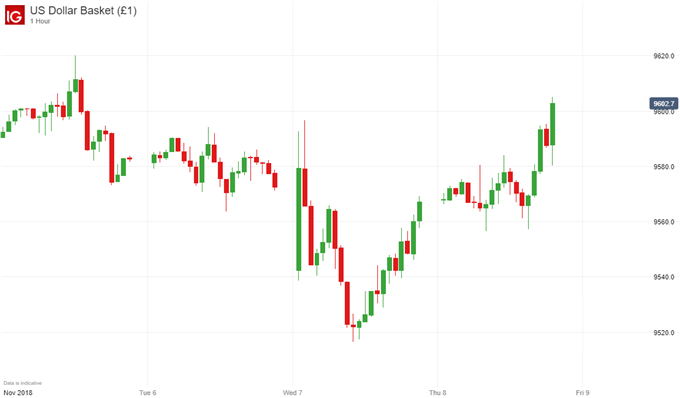 Leading up to the event, the Dollar basket was in a holding patternand rested near trend-line support above the 96.0 level. After the announcement, little was changed from a price perspective and the fundamental landscape remains the same.

View other key economic data and events on our Economic Calendar.

The next significant domestic data figure that could impact the Dollar is next Wednesday’s CPI release. Until then, the Dollar will likely be driven by real-time news developments and data releases from other countries like the UK’s GDP data due tomorrow.

Read more: US Dollar Trend-Line Bounce Vulnerable Ahead of FOMC