Despite UK Prime Minister Theresa May narrowly avoiding a defeat to keep the EU customs union option open after Brexit, the British Pound still underperformed against its major counterparts. Most of the damage done to Sterling occurred leading into the vote as UK two-year government bond yields fell. There, reports crossed the wires that Mrs. May could end up facing a defeat.

What really managed to keep the British Pound at bay, and for that matter other currencies as well, was a strong US Dollar. The greenback rose on Tuesday alongside not only rising US government bond yields, but equities as well. The S&P 500 finished the day 0.40% higher, resulting in its highest since early February.

During the US Session, Fed’s Chair Jerome Powell helped to drive the greenback higher at his semi-annual testimony before the Senate panel. There, amidst the current tense trade tensions between developed nations, Mr. Powell still stuck to their familiar hawkish tone. He said that the best way for now is to keep gradually raising rates.

Amidst the stronger US Dollar, its New Zealand counterpart ended up paring most of its gains from the Asian session where a better RBNZ core inflation gauge sent the Kiwi Dollar rallying. The anti-risk Japanese Yen underperformed as stocks rose.

A Look Ahead – Asian Stocks to Gain as Yen Falls?

A lack of major economic events will have risk trends at the front of potential drivers of markets. If Asian shares echo US gains, the Yen could have more room to fall while the sentiment-linked Australian and New Zealand Dollars rise. The Malaysian Ringgit may not have much room to depreciate as local CPI eases in June as is anticipated by its central bank. 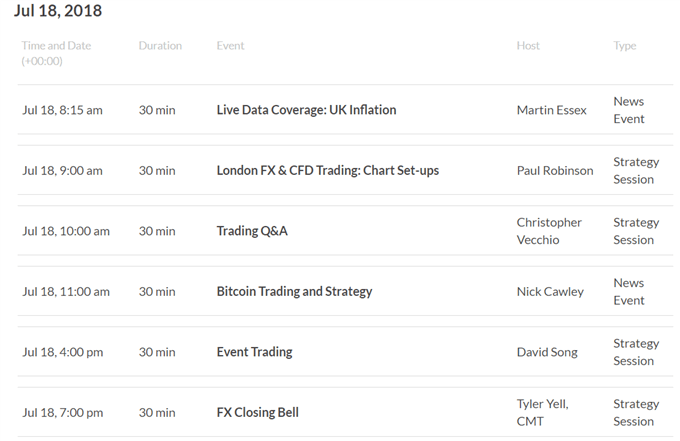 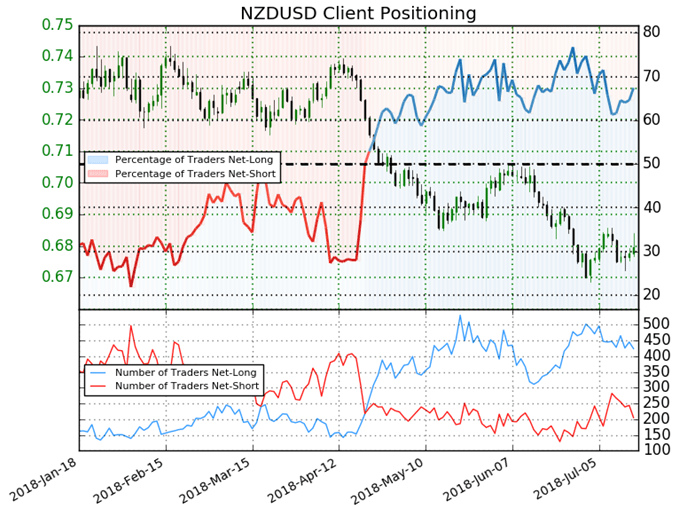 We typically take a contrarian view to crowd sentiment, and the fact traders are net-long suggests NZD/USD prices may continue to fall. Traders are further net-long than yesterday and last week, and the combination of current sentiment and recent changes gives us a stronger NZD/USD-bearish contrarian trading bias.