U.S. equities are likely to open the week aiming higher ahead of a crucial Federal Reserve meeting, although weak technicals persist and investor exuberance, which is leading many traders to focus on positive news and disregard negative news, may be a sign of a market top.

Equities hit fresh all-time highs on Friday, with Alphabet (NASDAQ:) leading the charge on strong and U.S. numbers providing a solid backdrop. The GDP report and its signs of solid growth gave investors cheer, but that optimism is also being fueled by expectations of a Fed on Wednesday, a reduction that is in part a response to slowing global growth.

U.S. growth eased in the second quarter as trade and business investment weighed on growth, but it was still enough to beat expectations. Despite a soft patch in manufacturing, the service sector of the economy is holding steady, which, in combination with healthy consumer conditions, supports the view that the economic expansion will continue. That positive data was not enough to force investors to start back peddling over their expectations for a rate cut. Investors seem to be building their bullish case on a dichotomy: positive economic data and to promote slowing growth. 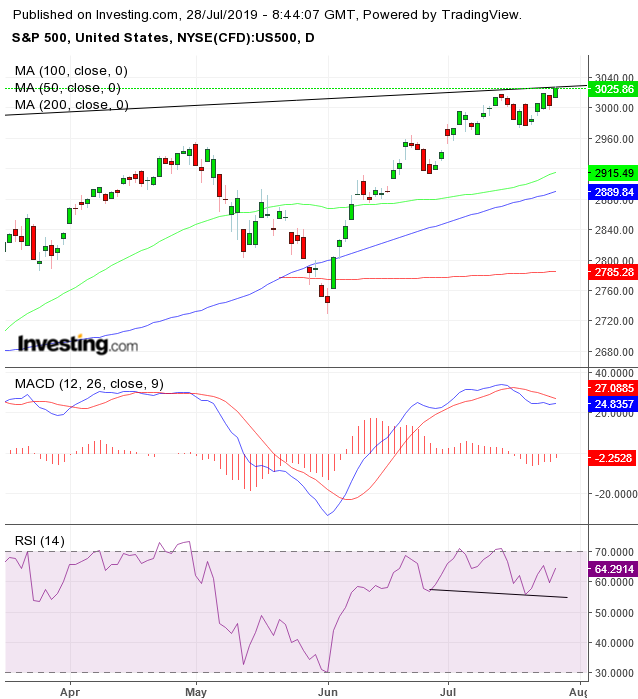 From a technical perspective, while the index closed above an evening star reversal two weeks ago, it closed below a broadening pattern since January 2018. Both the MACD and the RSI provide negative divergences, with the momentum-indicator set for a H&S top. 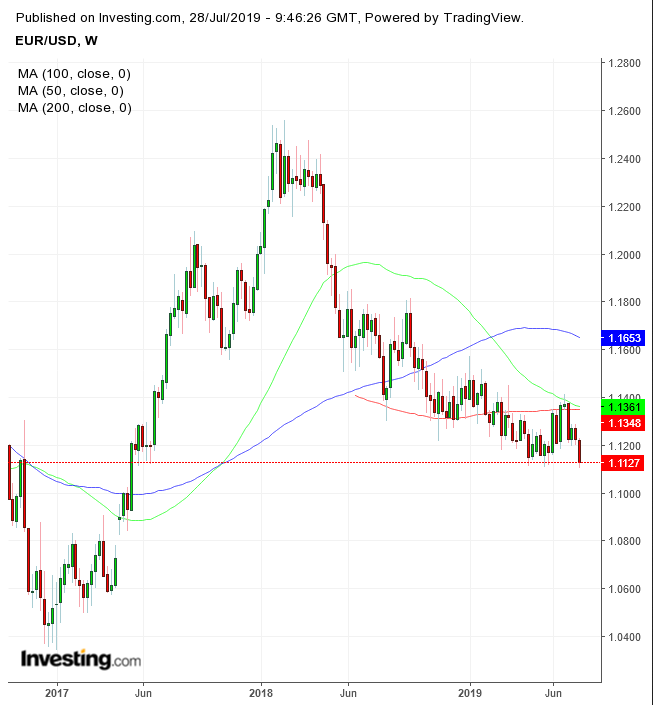 U.S. yields resumed a consolidation with the dollar advancing for the sixth straight day to within the highest since May 2017. The euro dropped to the lowest in the same period. It is taken for granted by many traders that the ECB, along with Germany, will restart stimulus measures due to the worst industrial slump in years. 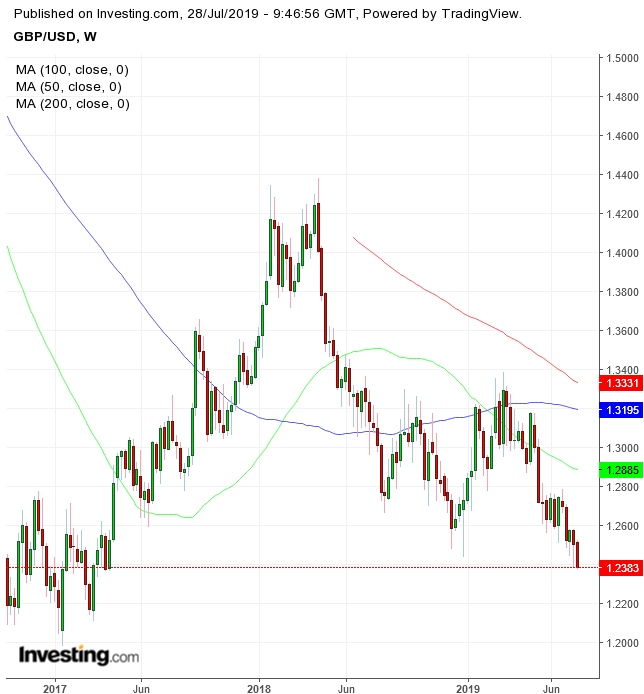 The pound slumped as a Boris Johnson win is tantamount to a no deal Brexit. Also, uncertainty increases as chances for a new general election rise. The Conservative majority is slim and likely to be whittled down to just one on August 1 when the byelection takes place. 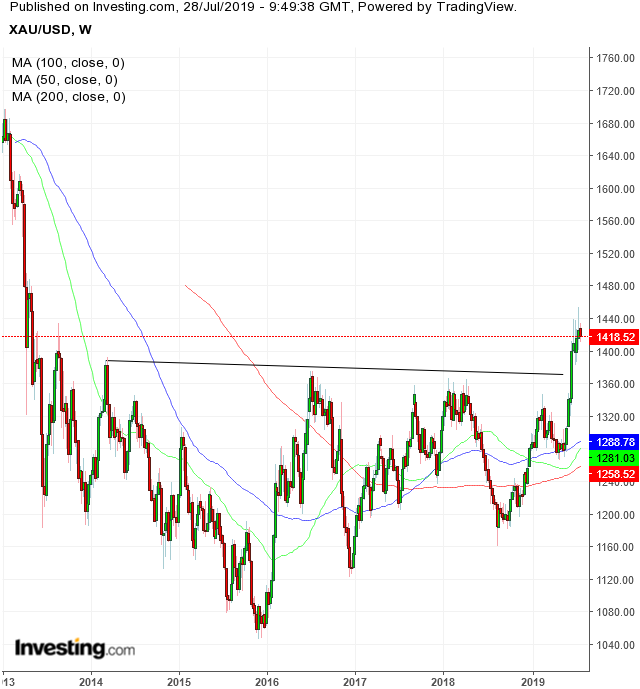 softened for the week on a strengthening dollar, but it had already completed the massive bottom going back more than 5-years. The bottom pattern’s dramatic implied coming rally fits the scenario of a weakening dollar whose legs are about to be cut out from under it by the Fed. On the other hand, both the dollar and gold rallied in the aftermath of Trump’s 2016 U.S. election victory.

8:30: U.S. – expected to fall to 160K from 191K – It is noteworthy that expectations are downward while that of the ADP Nonfarm Employment Change are upward, as the market attempts to rebalance after investors overshot expectations. Will they get it right this time?