O Canada! The country is known for a lot of things (maple syrup, gorgeous nature, snow, etc.), but what you might not realize is that Canada also offers some of the world’s most innovative and profitable companies. In particular, Canadian women are leading the pack across nearly every industry you can imagine.

In fact, the Canadian government recently announced that it was starting a $10-million fund to help even more female entrepreneurs get their businesses off the ground. Historically, Canadian women struggled to break the billion-dollar mark. But my oh my how the times have changed.

Every last one of these successful Canadian women represent the very top of their respective businesses. Read one to explore the richest women in Canada! 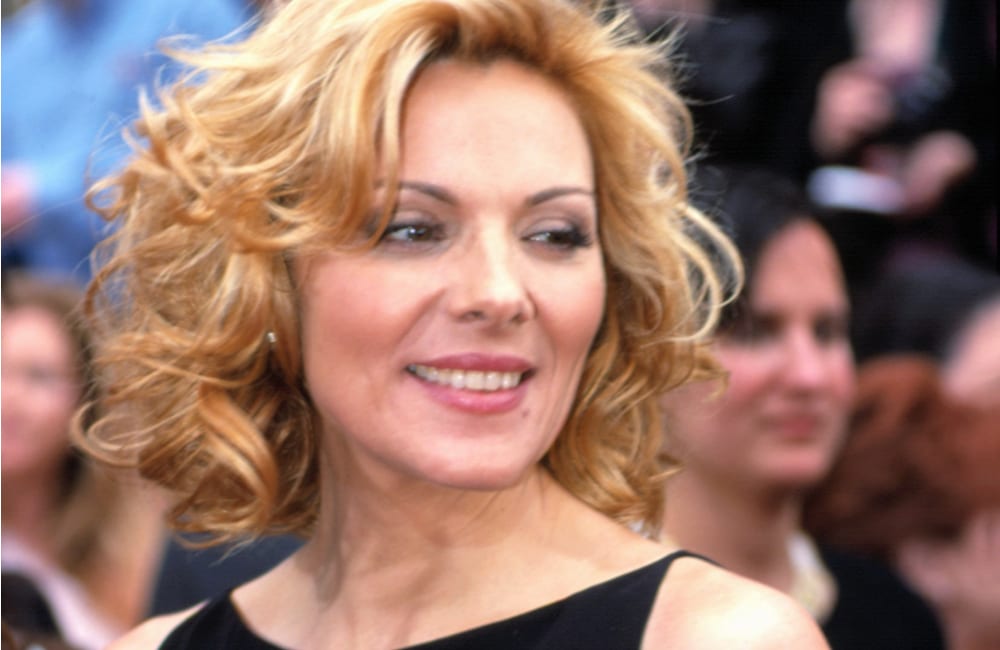 Everyone’s favorite Sex and the City star is the iconic Canadian actress Kim Cattrall. Though originally born in the UK, Cattrall’s family relocated to Vancouver Island when she was still a baby. She would move to America as a teenager to pursue an acting career.

Cattrall found minor success in the film industry during the late 1970s. Notable guest roles include a spot on Starsky & Hutch and Columbo. But the 1980s would prove to be a far more lucrative period; Cattrall starred in both Porky’s, Police Academy and Big Trouble in Little China. But her iconic role in Star Trek VI as Lieutenant Valeris remains a fan favorite.

Cattrall’s career arguably peaked after starring in the acclaimed and revolutionary American series Sex and the City. Cattrall received numerous awards, including a Golden Globe, as the amazing Samantha Jones. 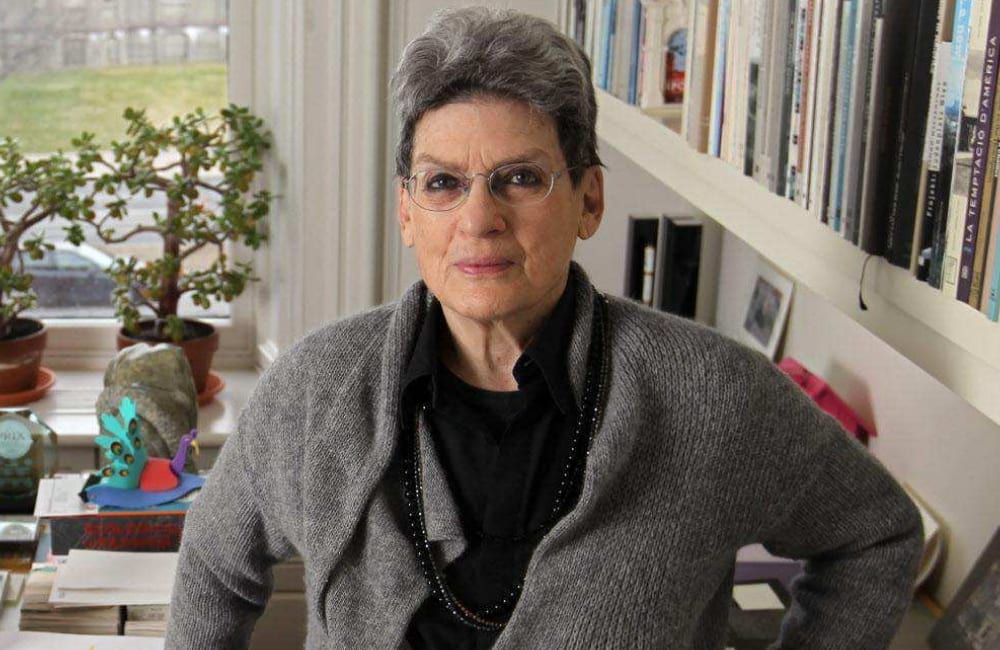 Phyllis Lambert is a billionaire member of the Seagram dynasty. She is the daughter of Samuel and Saidye Bronfman, and her brother is Charles Bronfman (making Rita her sister-in-law). Phyllis was born in 1927 in Montreal. She has won several awards for her business acumen and philanthropy.

Phyllis was awarded the Order of Canada, the Golden Lion from the Venice Biennale of Architecture, and the National Order of Quebec. She is an architect in addition to owning a 22% stake in the Seagram empire, which controls billions in liquor, oil and gas, real estate and chemicals.

On a personal note, this billionaire has two beloved dogs, Tanatos and Eros. While she is of Canadian nationality, she spends much of her time in Paris in her art studio and sculpture studio. She was married briefly, but divorced after five years. 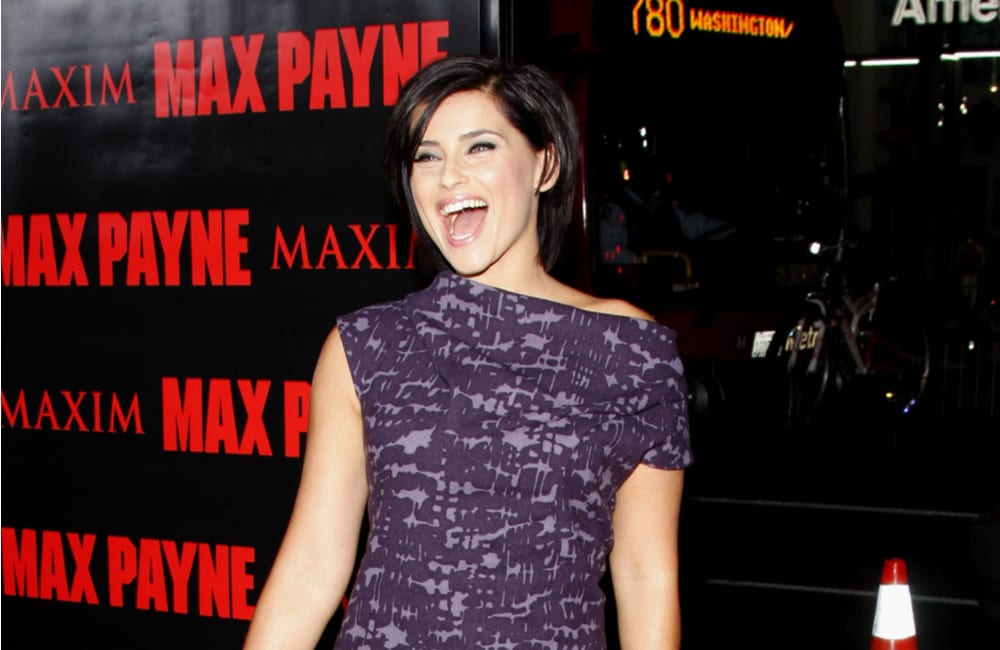 It’s hard to name a more successful Canadian musician than platinum-selling artist Nelly Furtado. One of the definitive singer-songwriters of the 2000s (and arguably of all time), Furtado was born in Nova Scotia to Portugese parents.

She quickly discovered a passion for music, along with her incredible voice, and first started off as a backup singer for a hip hop group. When a music executive heard her vocals, he signed her up for a record deal. This led to the release of her extremely influential debut album, Whoa, Nelly!

The record’s success led to follow-up hits like Folklore and Loose, the latter of which topped both the Canadian and the American charts. It remains Furtado’s best-selling record, and turned Furtado into one of the all-time great recording artists. 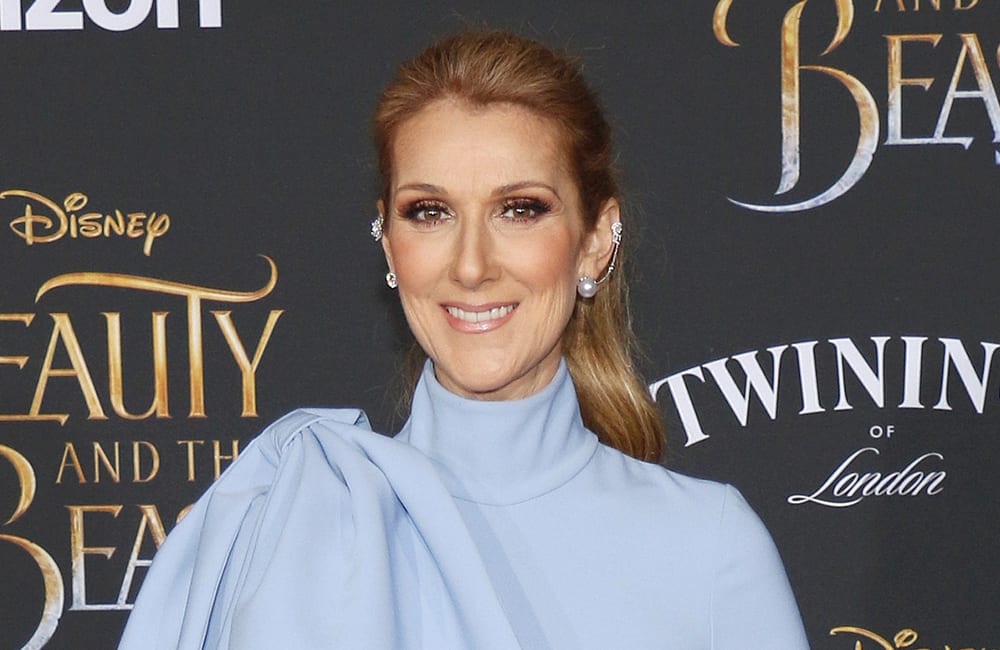 Oh c’mon, everyone knows the name Celine Dion! The world famous singer and producer was born in Quebec, and speaks fluent French. Her first appearance on the music stage was when she released French-language albums when she was a teenager, propelling her career.

Since the 1980s, she has released hit song after hit song, culminating (arguably) with her hit Titanic ballad, “My Heart Will Go On.” But Dion is also a businesswoman. She and her late husband, René, founded Feeling, Inc., a Quebec-based artist management company.

She also the owners of Le Mirage Golf Club. The Dions have food industry ties, founding the food chain Nickels and owning Schwartz’s Restaurant. Currently, they live in the United States, but Dion remains one of the wealthiest Canadians ever. 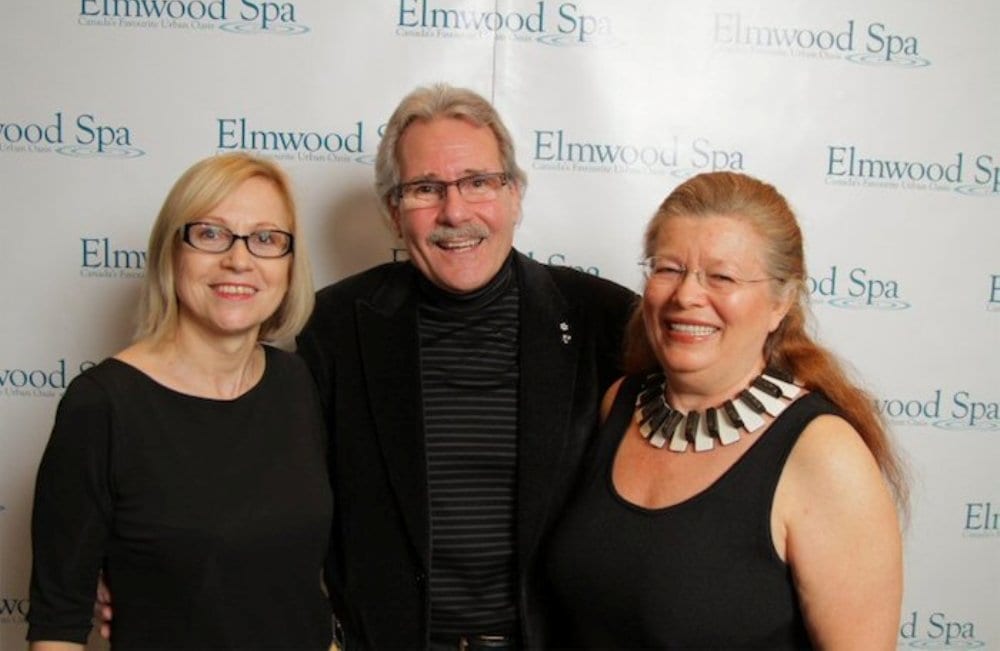 Sherry Brydson is one of the richest, most inspiring self-made businesswomen on this list. She is the head of the powerful Thomson Reuters empire. More specifically, she controls the investment firm Woodbridge, which owns Thomson Reuters. Thomson Reuters is a vast multinational firm that dominates the mass media and information sectors.

The company brings in more than $11 billion each year, and it employs more than 45,000 people worldwide. Woodbridge owns 65% of Thomson Reuters, which all on its own makes Brydson insanely rich. But she also owns several other companies.

This includes Viking Air and Vista Radio, two other media giants. Brydson also had a long history in media before then, as she was the chief editor for the University of Toronto’s student newspaper. 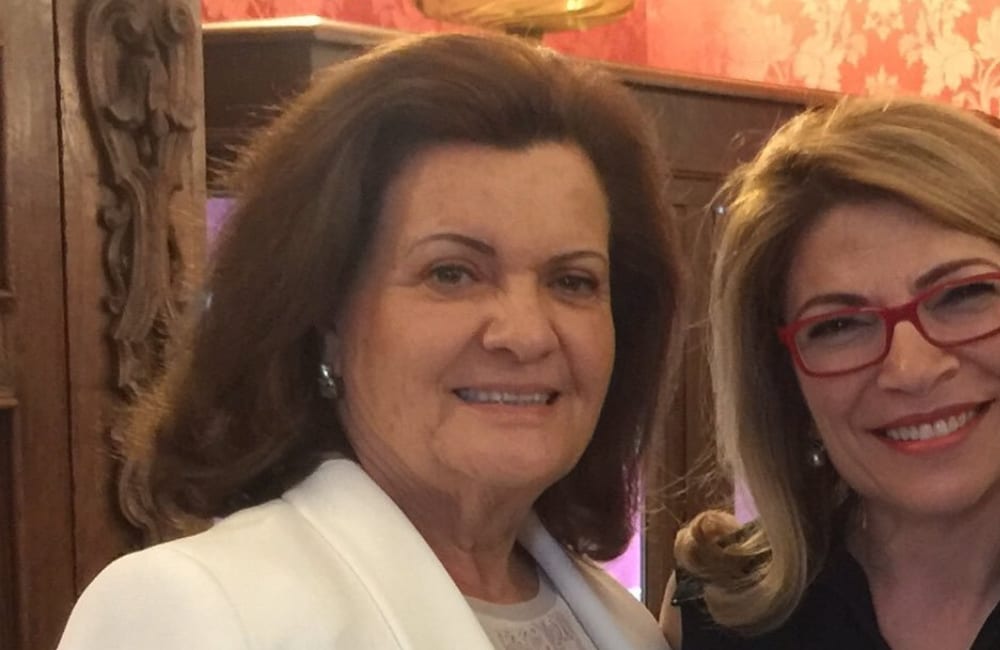 Mirella Saputo is part of the Saputo family, which owns the huge manufacturing brand Saputo, Inc. Saputo, Inc. has revenues of $11 billion per year and a net income of $731 million. The brand employs more than 12,000 people. Lino Saputo, Mirella’s husband, is the executive chair, while her son, Lino Jr., is vice-chair, president, and CEO.

Saputo is a dairy company that owns a ton of familiar brand names. Lino’s father, Giuseppe, immigrated to Canada from Italy in the 1950s. Lino convinced Giuseppe that he should start a business. They had $500 and a bicycle that they used to make deliveries.

The business was a cheese-making company, and it stayed that way, just expanding to different sectors of the dairy business. 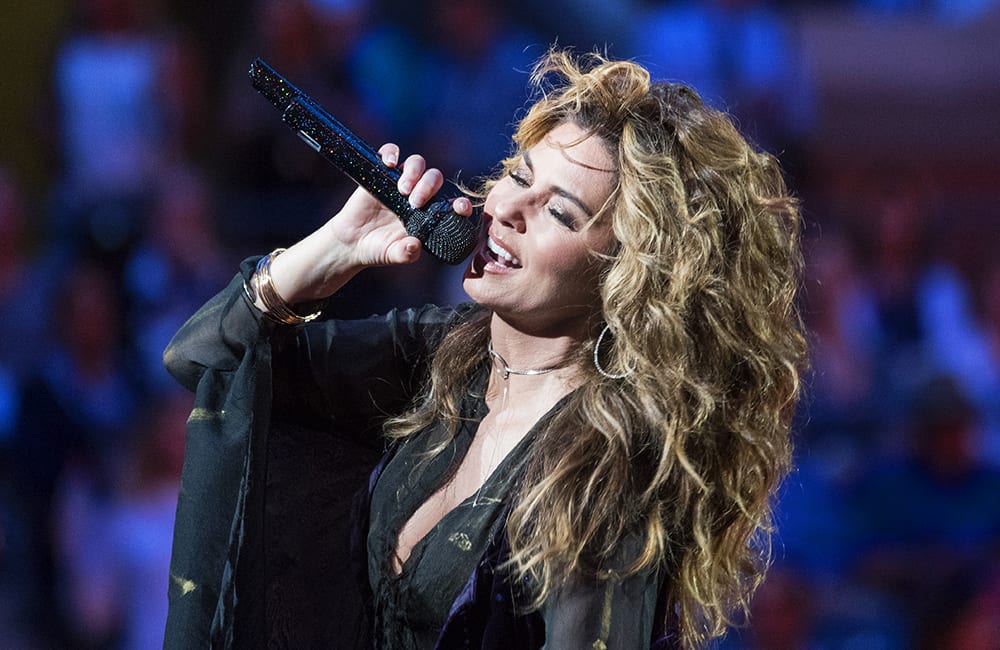 Shania Twain is an acclaimed singer who has sold over 100 million records. Her real name, however, is actually Eileen Regina Edwards. As a struggling artist starting out. it took Twain awhile to get her foot in the door. She signed to a major record label when she was young, but her first album was not a success.

But in 1995, she collaborated with acclaimed producer Mutt Lange for a second album – one which would prove to be her breakthrough. She and Lange married in 1993, but later divorced in 2010. To date Twain has released only four studio albums, the third of which is the best-selling record by a female artist ever.

Sadly, Twain retired back in 2004. She announced that she had Lyme disease and dysphonia, both of which led to her singing voice weakening. But she can certainly coast easy on all those amazing record sales! 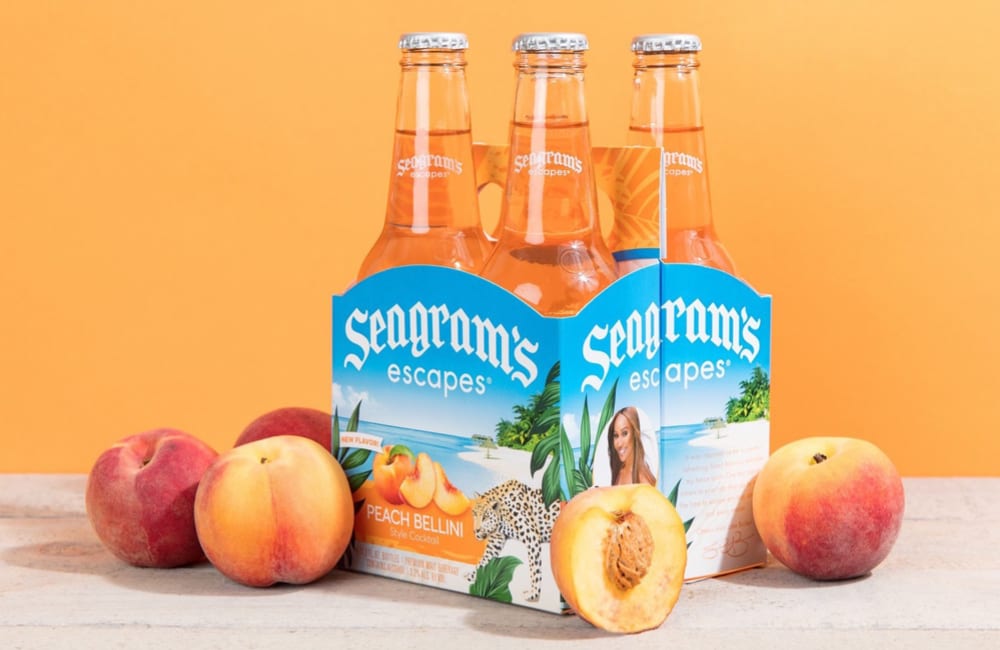 Rita Bronfman is part of the powerful Bronfman family. She and her husband, Charles, have dual American and Canadian citizenship. They are both reputed businesspeople and philanthropists. Charles and Rita were married back in 2012.

Rita and Charles own Seagram, a liquor and beverage company. The two also are major charitable donors. They own the ACBP Inc., which is a group of charitable foundations that operate in Canada, the U.S., and Israel. The Charles Bronfman Prize is awarded to people who make charitable contributions.

The Bronfmans also founded Historica, which produce short historical pieces that act like advertisements, except they teach Canadians about their history in short little segments. Bronfman got the idea from watching ads. 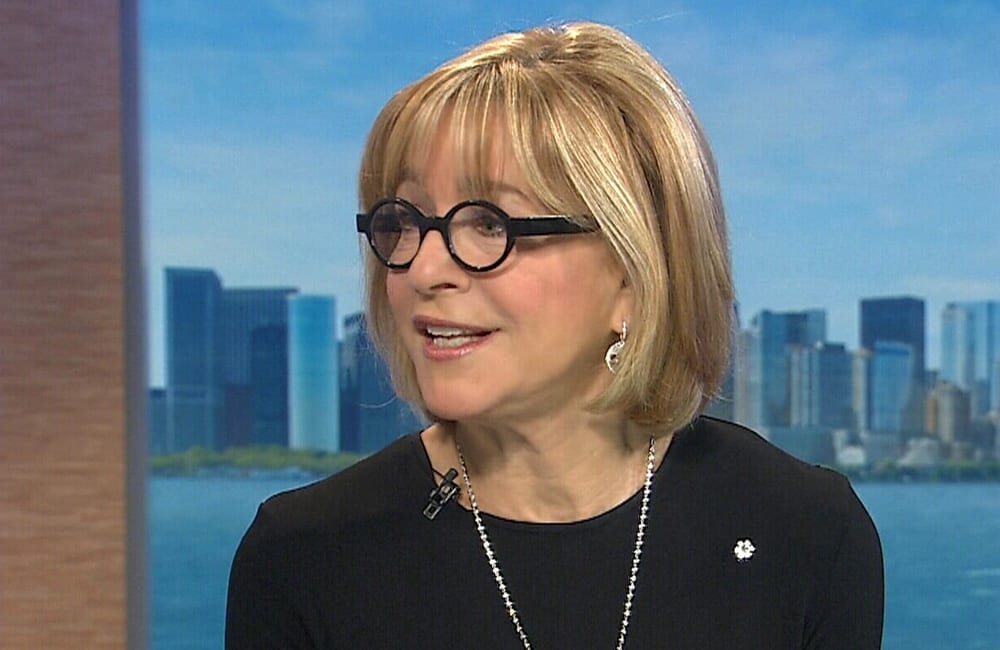 Heather Reisman is a billionaire business owner and philanthropist. She was born in Montreal, and attended McGill University, graduating with a degree in social work. But today she is the CEO of the massive Indigo Books empire. (though she also founded Kobo). Her husband is Gerald, and he is the co-owner of the business with her. Together they have four children.

Reisman’s first job was as a case worker for social work. But she soon discovered that this field wasn’t for her, and she switched jobs. She invested in Borders Group in 1995. Borders failed to crack the Canadian market, so Reisman started her own bookstore, Indigo.

Indigo took off, and it raised a whopping $25 million from investors. The company soon became Canada’s largest book retailer, taking a leadership position in the industry. With those profits she founded Kobo, an e-book seller, a few years ago. 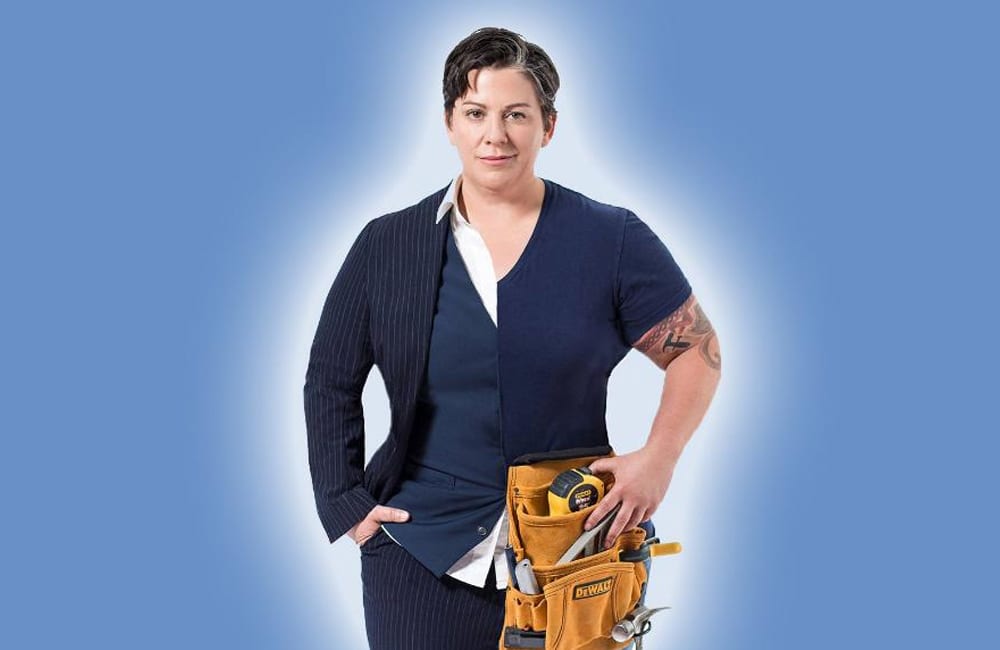 Mandy Rennehan is the founder of the massive FreshCo empire. She was born in Nova Scotia, and her father was a lobster fisherman. She and her family often faced poverty, as feeding six kids on a fisherman’s pay was not easy. Mandy’s experience growing up in the seasonal fishing industry impacted her.

She realized at age 10 that she had a knack for the business world. She started foraging for bait, which she would then sell to local fishermen at a profit. She used those proceeds to fund her next venture, a construction company.

She assembled teams that helped build log cabins. She found that she had a talent for building and woodworking, which she found that she could make money from. Her construction empire, Freschco, would rise from these humble beginnings. 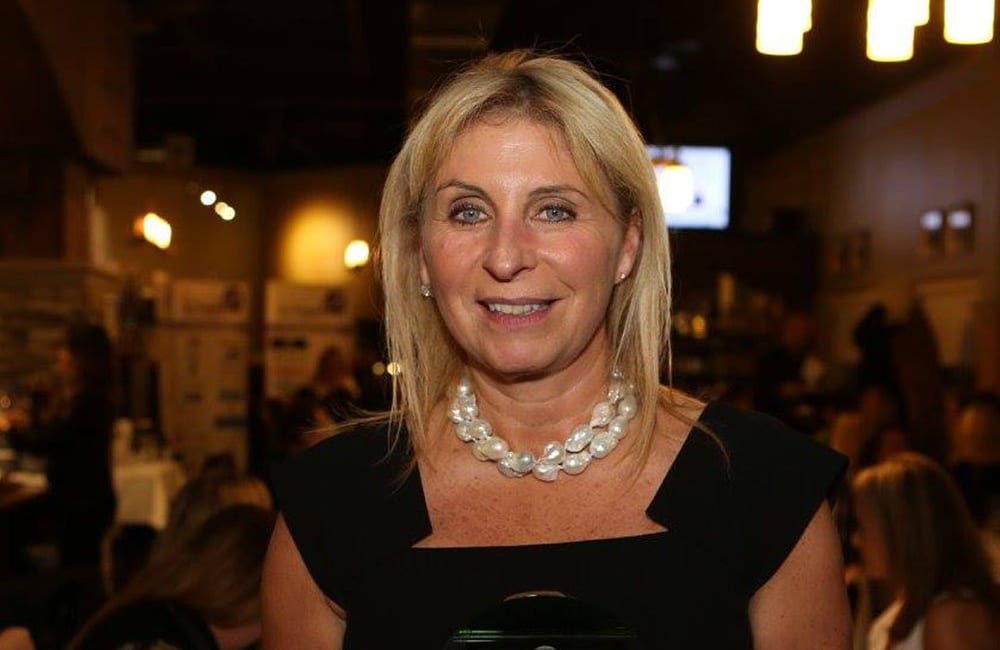 Susan Niczowski is a microbiologist and billionaire business owner. She was born in Toronto, though her family is of Macedonian descent. She received her education from the University of Toronto, where she got her degree in math and chemistry. Niczowski’s first job in microbiology was at Shopsy’s food, a meat plant.

She founded her flagship company, Summer Fresh, after discovering a gap in the market for consumers who wanted fresh foods that they could eat on-the-go. She used her microbiology skills to help develop packaging that would keep vegetables and perishables fresh in the package.

She and her mother started the business, and it has expanded immensely, bringing in nearly $100 million per year. The company was renamed to Summer Fresh Salads, Inc. recently. 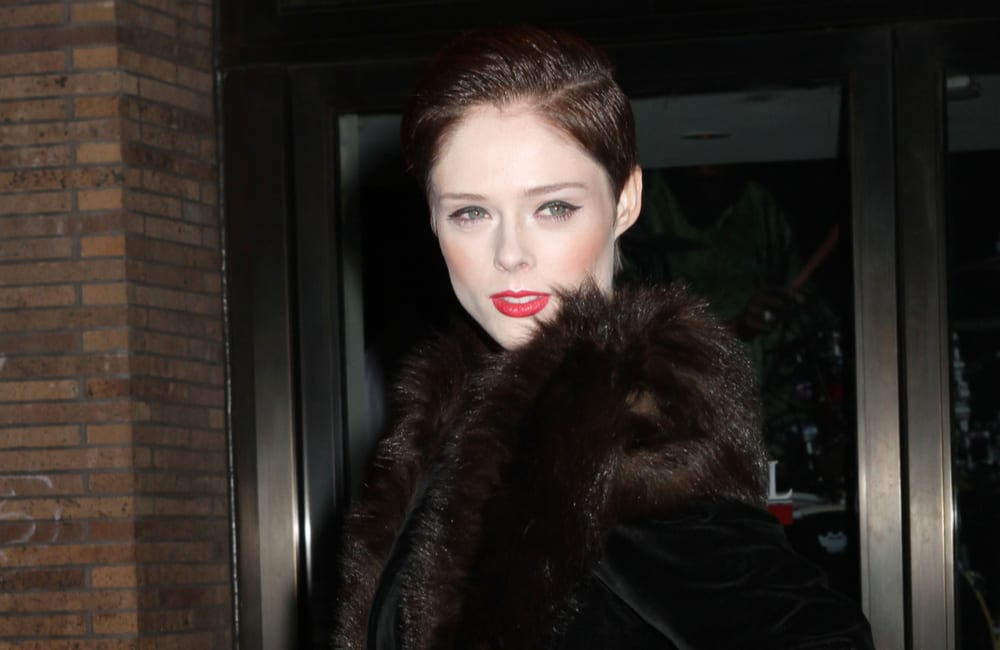 Young Canadian starlet Coco Rocha is one of fashion’s most stunning discoveries in recent years. She first hit mainstream success after appearing on the cover of Vogue Italia in 2006, the same year she opened designer Christian Lacroix’s Paris show.

Shortly thereafter, Rocha had a sensation career modelling for the likes of Jean Paul Gaultier, Flare, and Harper’s Bazaar, to name just a few. She famously led Karl Lagerfeld’s Coca-Cola (NYSE:) campaign in 2010 and 2011, during which time her face adorned nearly every billboard in the world.

Rocha transitioned successfully into television as a guest judge on his reality series including America’s Next Top Model and Australia’s Next Top Model. She frequently uses her status to campaign for awareness of eating disorders in the modelling industry.