What Does AUDJPY Price Action Suggest for Risk Assets?

The Australian Dollar has appreciated meaningfully against the Japanese Yen so far this year as recovering market sentiment and cratering volatility have supported ‘risky’ currencies such as the Kiwi relative to ‘safe-haven’ counterparts like the Yen.

In fact, AUDJPY has inked year-to-date spot returns in excess of 5 percent while the currency pair’s 1-week implied volatility has dropped from 16 percent to 7 percent at the same time. 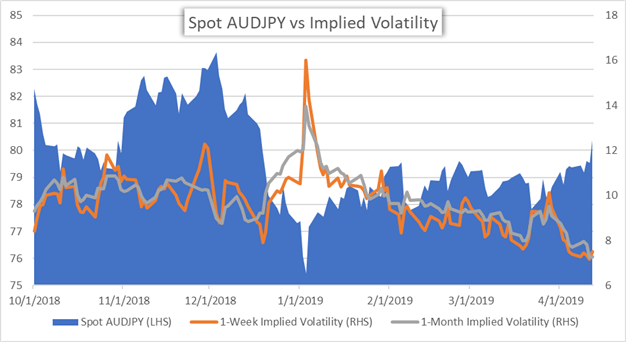 Subsequent to this event, AUDJPY has mirrored the rise in global equities with investor concerns over the slowing global growth getting pushed to the back seat following dovish monetary policy from central banks around the world aiming to restore market confidence. The Kiwi also received positive attention as the US-China Trade War progressively deescalated. 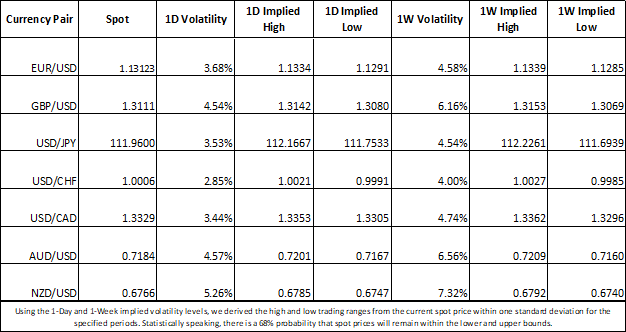 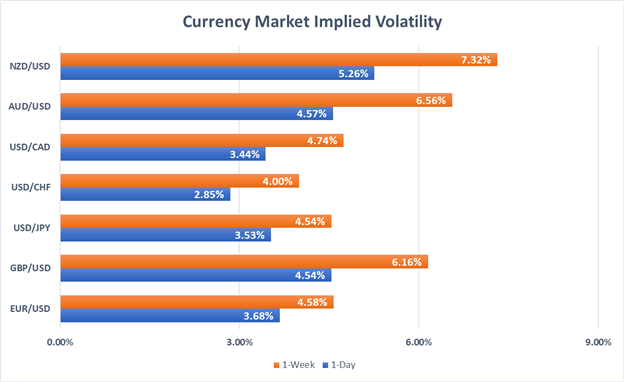 Furthermore, the Deutsche Bank G10 Currency Carry Trade Index has gained roughly 4 percent so far this year which outperforms spot returns across the major currency pairs. If volatility across markets continues to fall, the carry trade and risk assets could keep rising as a result. 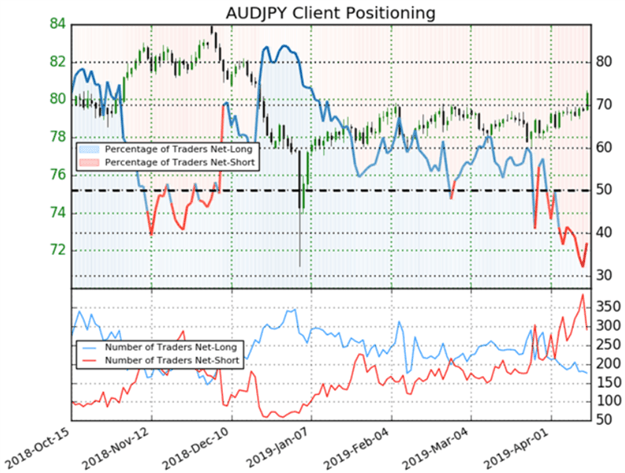 Check out IG’s Client Sentiment here for more detail on the bullish and bearish biases of EURUSD, GBPUSD, USDJPY, Gold, Bitcoin and S&P500.