With U.S. Indices Closed After Hitting New Highs: Do We Hold Or Fold?

The trend on the S&P500 remains undeniably bullish, although some measures suggest it could be a little overbought. But breaking to new highs is something we seem to be hearing more frequently. At least, it certainly feels that way. So we thought we’d take a look at past performance after hitting new highs, to see if it really is what it’s cracked up to be.

However, we’ll use a break of a 52-week high and assess forward returns between one to 20 days after, as this will provide more signals and allow us to assess the data with a more tradable timeframe in mind. 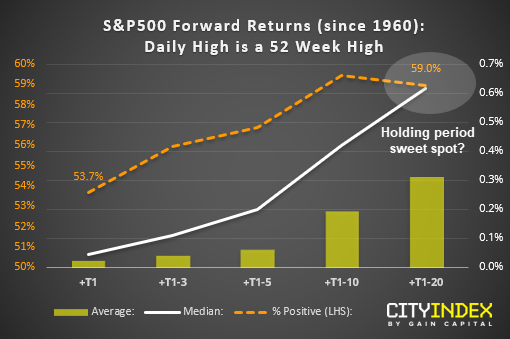 Forward Returns: 1-20 Days after the event

However, an intraday high would also include occasions where it may have closed lower, and perhaps included bearish reversal candles. So we now look at occasions where the S&P500 has closed at a 52-week high. 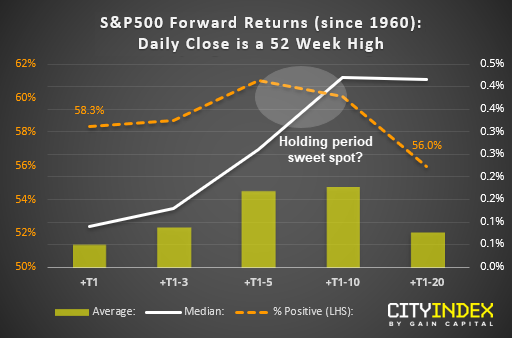 Forward Returns: 1-20 Days after the event 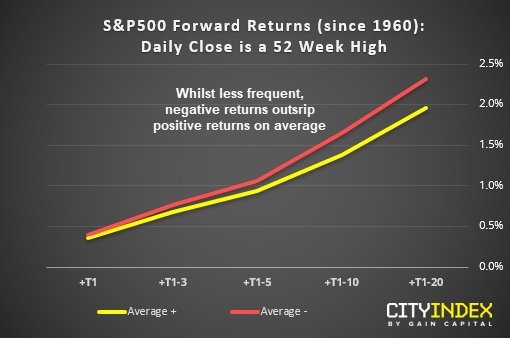 However, digging a little deeper, we also note that average negative returns outstrip positive returns between 1 day to 4 weeks after the event.